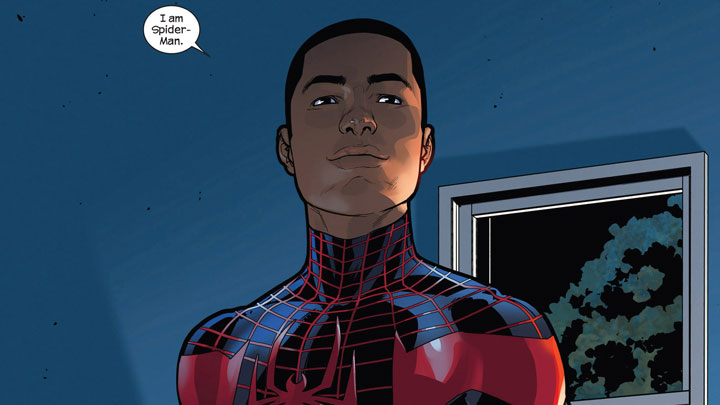 For the first time ever, the big screen will be getting a Spider-Person-of-Color. Sony Pictures has just made official that their upcoming animated Spider-Man movie will focus on Miles Morales, the young, black-Hispanic version of the hero that took over when Peter Parker died in the comics. Lego Movie and Jump Street gold-from-straw guys Phil Lord and Chris Miller are producing and writing the film, and storyboard and animation vets Bob Persichetti and Peter Ramsey are directing. Yes, this is our fourth new movie Spider-Man since 2002, but it’s the first who won’t be moaning about his dead uncle all the time. Elderly uncles die, man; get over it.