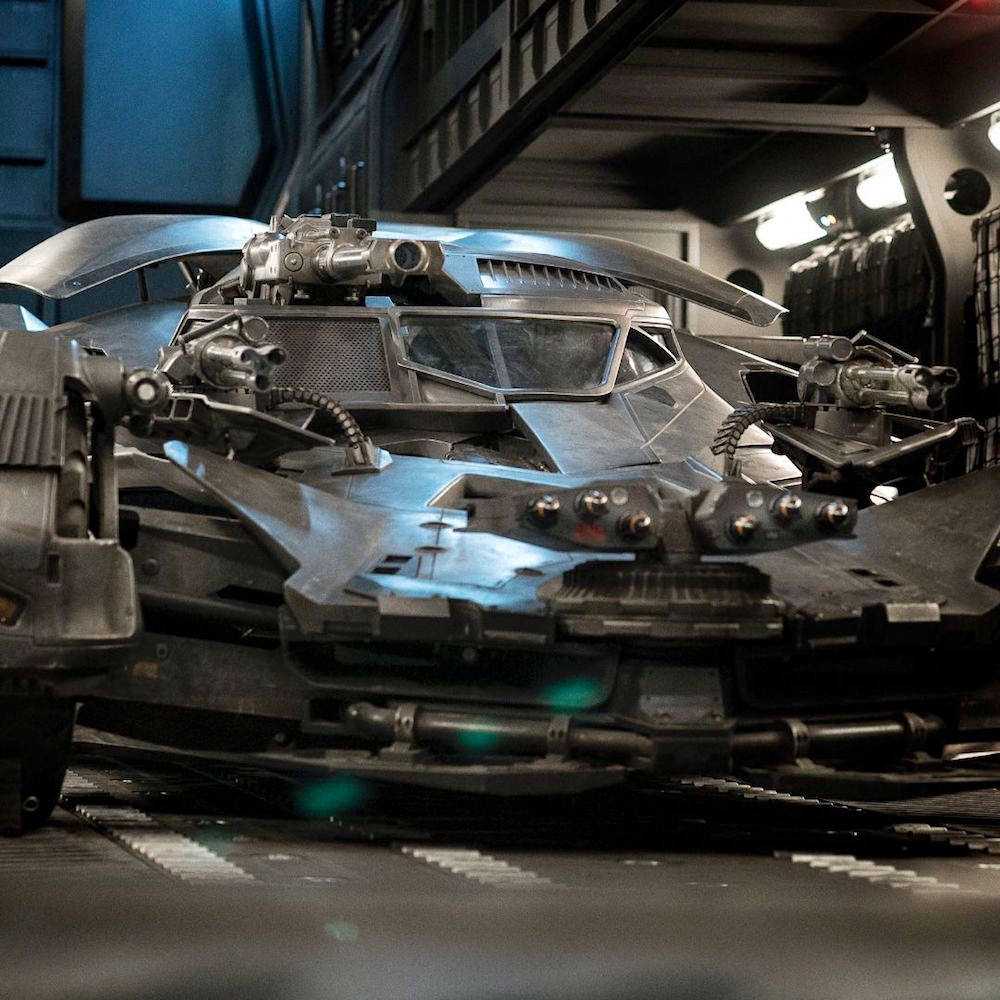 Well, it looks like Justice League will be continuing Batman v Superman‘s poignant themes of Batman shooting dudes with all these sweet guns he’s bolted onto his vehicles.

Director Zack Snyder just revealed this new image of the Justice League update of the Batmobile, and as you can see, it now has SO MANY guns. Just as fans demand from an ol’ firearm nut like Batman! “I’ve got the right to BAT arms, mother fucker,” Batman will so often snarl before firing his many car-guns at some punk.

Of course, a gun-slathered Urban Assault™ Batmobile admittedly fits pretty well within Snyder’s universe, where Superman Battle Armor™ Batman, Desert Storm™ Batman and the new Tek™ Armor Batman with Nightvision Goggles are already the norm. Though it does also raise an interesting question: is Snyder’s familiarity with Batman informed entirely by second- and third-wave movie toys?

Either way, we’re definitely seeing a “Laser Batman” that actually shoots a missile by Justice League 2.