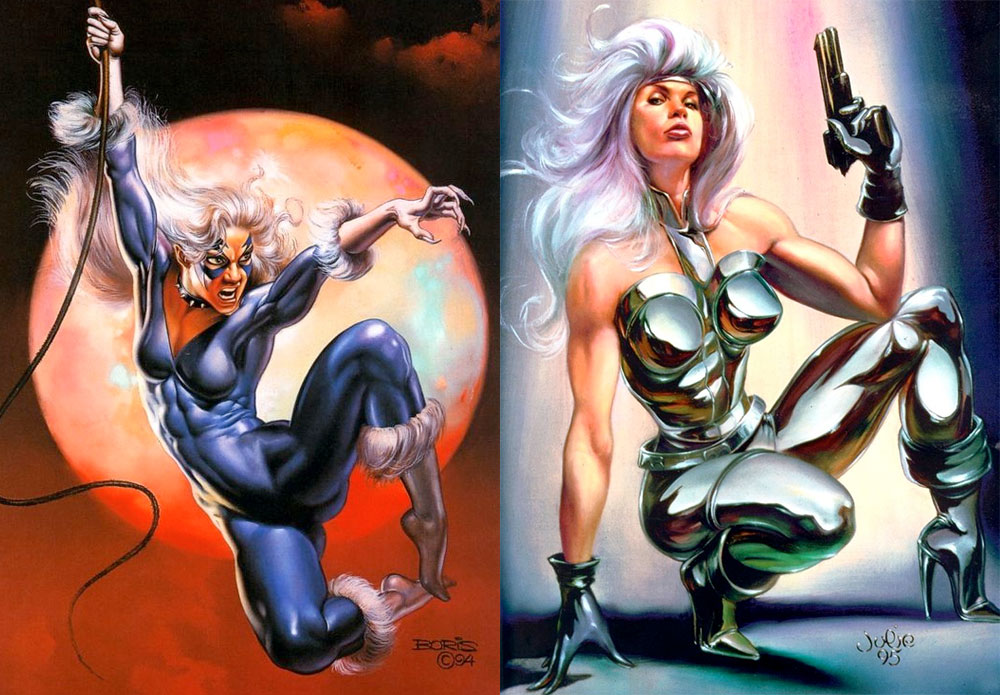 It’s only been a week since Sony announced a release date for a Venom movie, but already the studio is developing another Spider-Man spin-off they’ve set none of the groundwork for. According to The Hollywood Reporter, Sony has now started work on a feature film about Black Cat and Silver Sable, the Spidey supporting characters most likely to smell like hair bleach. Westworld co-creator Lisa Joy has already drafted a script that will be re-written by comic book vet Christopher Yost (Thor: The Dark World, Ragnarok).

If her name didn’t clue you in, Black Cat is pretty much just Spider-Man’s Catwoman, an acrobatic cat burglar who flirts with heroism as well as Spider-Man himself. Silver Sable is just this mercenary lady who, likewise, sometimes aids/kisses Spider-Man. Her main defining characteristic is that she wears shiny, silver clothes. She is going to blow this thing out with sexy lens flares—whenever the movie comes out, that is. There’s not yet a release set.