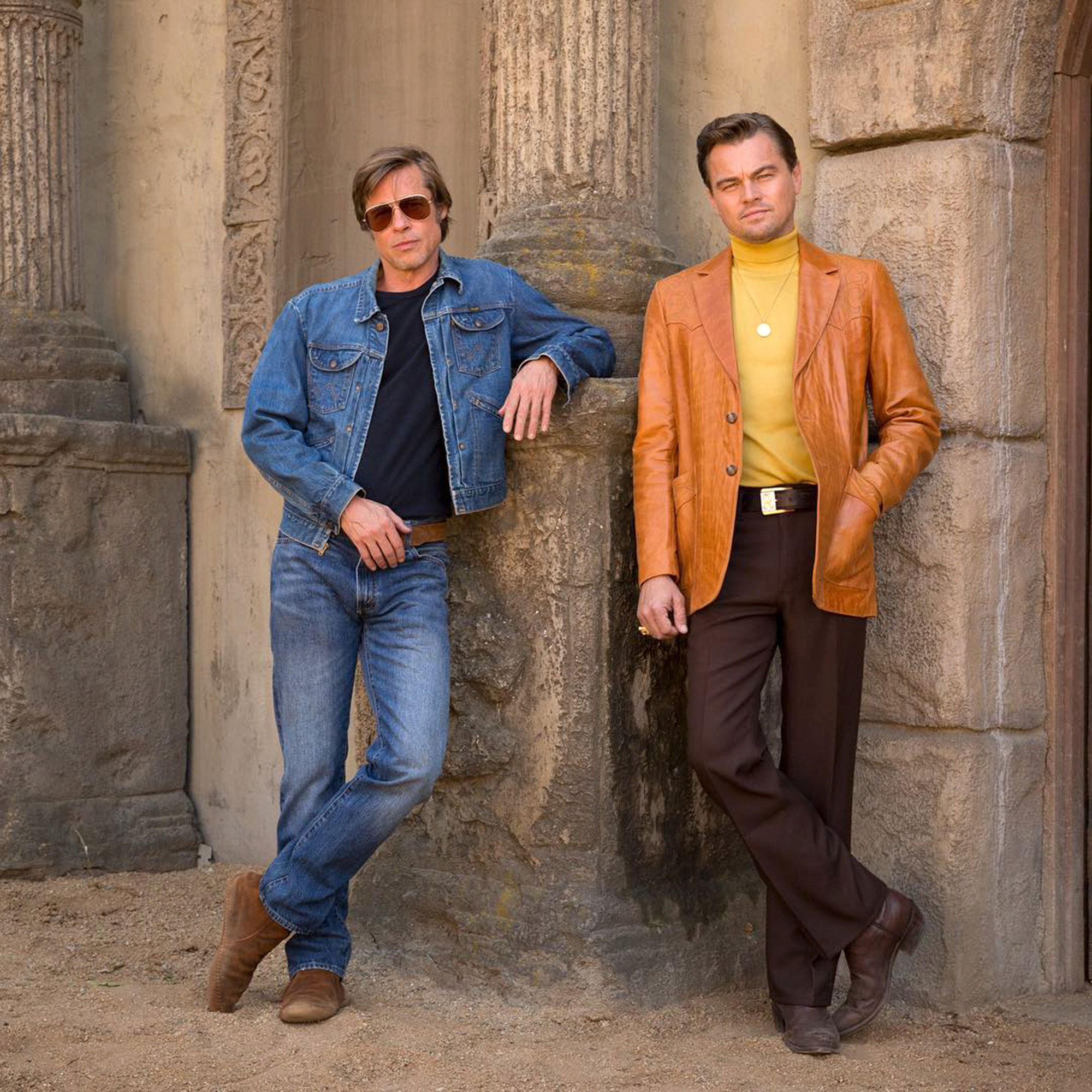 Looking prepped for whatever ’70s theme party Clooney might throw at them, here are Brad Pitt and Leonardo DiCaprio on the set of Quentin Tarantino’s latest, Once Upon a Time in Hollywood. The period piece (obviously) sees DiCaprio as a faded TV Western star struggling to make it in the industry alongside his old stunt double (Pitt)—all set against the backdrop of the Manson murders. Margot Robbie, Al Pacino, Tim Roth, Michael Madsen, Kurt Russell, Timothy Olyphant, Burt Reynolds, Dakota Fanning, Emile Hirsch, Damian Lewis, Luke Perry, and Clifton Collins Jr. will also be sweating their asses off through some polyester in this thing when Once Upon a Time in Hollywood hits theaters August 9, 2019.