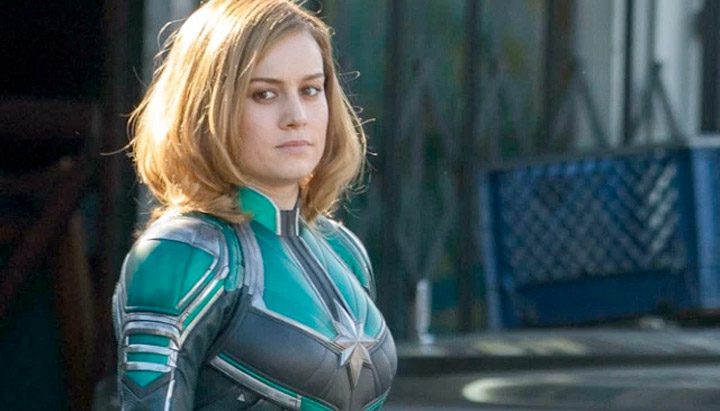 Boasting a fancy suit topped with “The Rachel,” Brie Larson has been spotted in-costume on the set of Captain Marvel. The 1990s-set (hence the Friends-inspired coiffure) film sees the Oscar-winner join the Marvel Cinematic Universe as Carol Danvers, a test pilot given super powers after an infusion with alien DNA. Page Six gives us this first look at her suit, but it’s worth noting, this is likely also just the first look for her suit; concept art has shown her eventually wearing something closer to the red, blue, and yellow getup from the comics. Good thing, too: this is veering dangerously close to “motorcycle daredevil of 2099” territory, and we have to save that for Ant-Man. 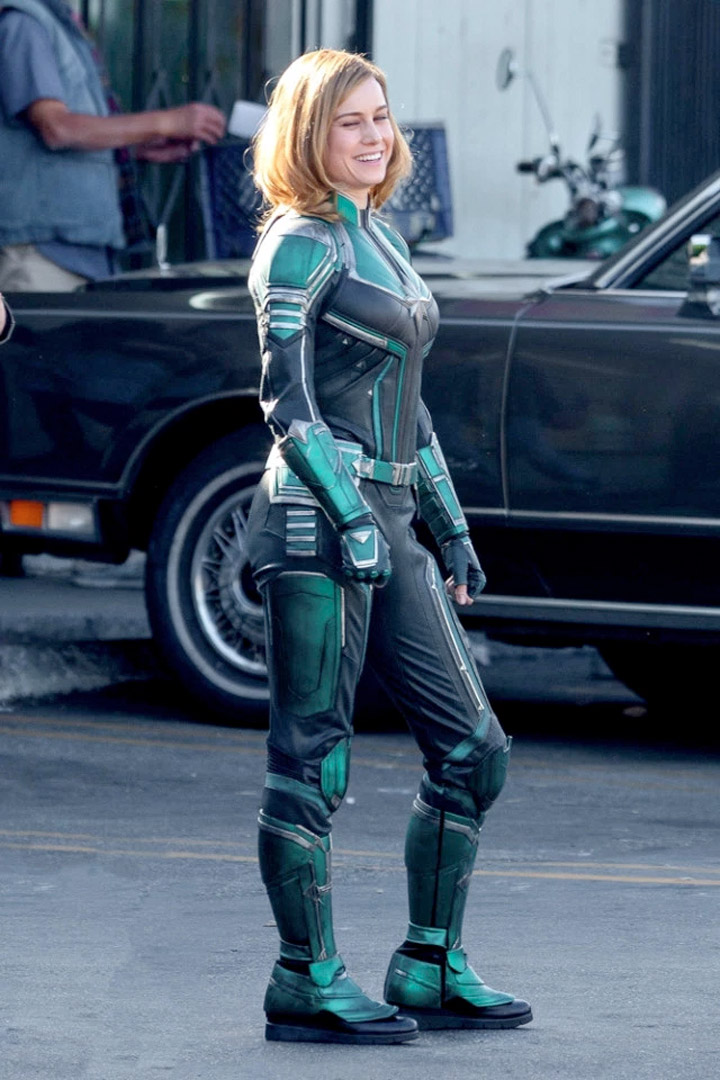