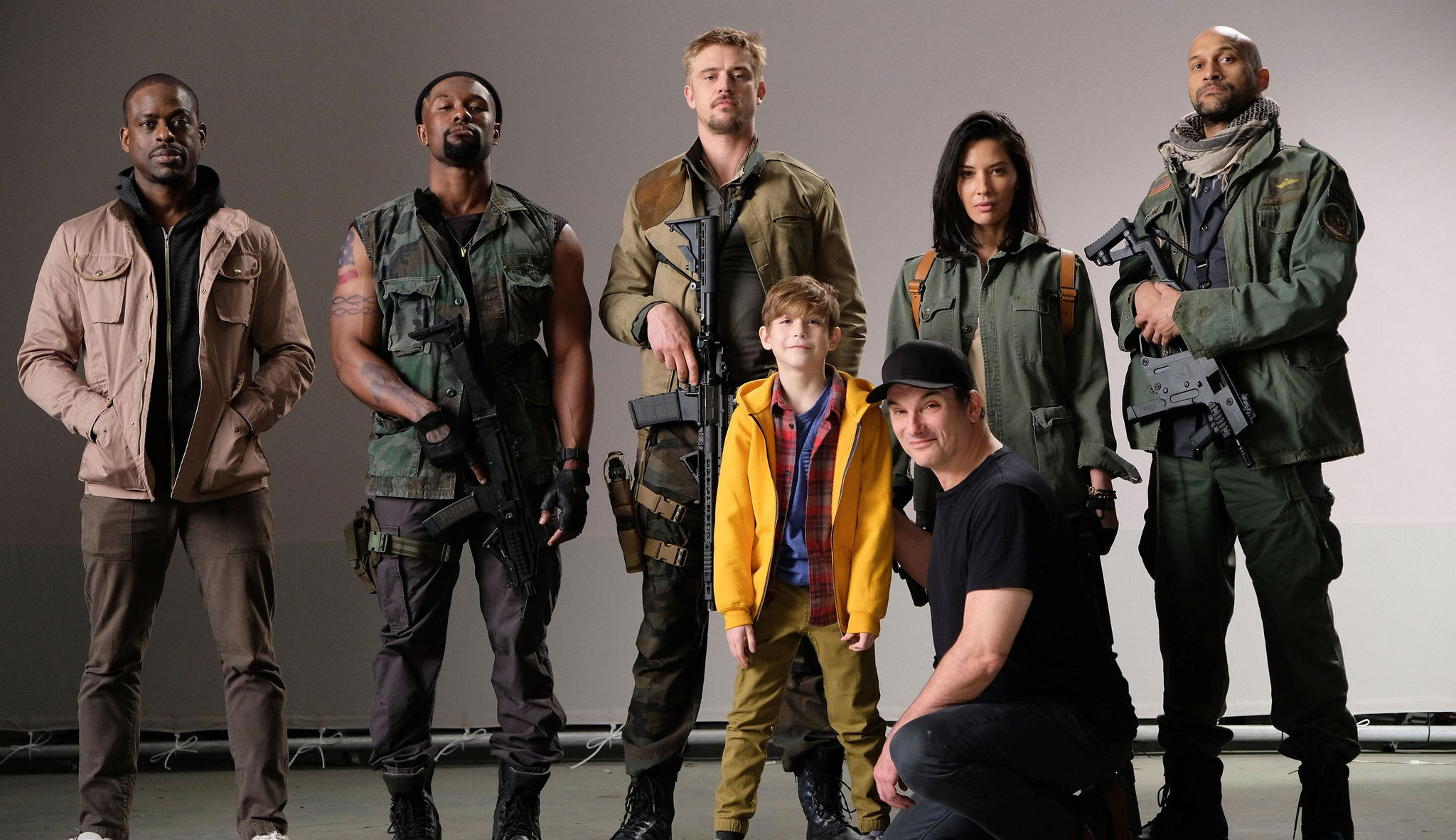 Above, here’s a look at Sterling K. Brown, Trevante Rhodes, Boyd Holbrook, Olivia Munn, Keegan-Michael Key, Jacob Tremblay, and writer-director Shane Black suited up for the start of production on The Predator. Black recently posted the photo to his Twitter, where he confirmed that follow-up will be rated R but did not clarify why none of these people are jacked bodybuilders or former linebackers capable of tearing the kid from Room‘s arm off with their intense handshake. Is this the franchise’s return to form or not?

Below, we see Katherine Waterston, Amy Seimetz, Demián Bichir, James Franco, Danny McBride, Billy Crudup, Michael Fassbender, and some other people you’ll be seeing in Ridley Scott’s Prometheus sequel, Alien: Covenant. Though most if not all of them will likely get aliened to death in this thing, may they rest in peace knowing that their choice of whiskey and ice cream sandwiches is honestly a pretty great last meal. 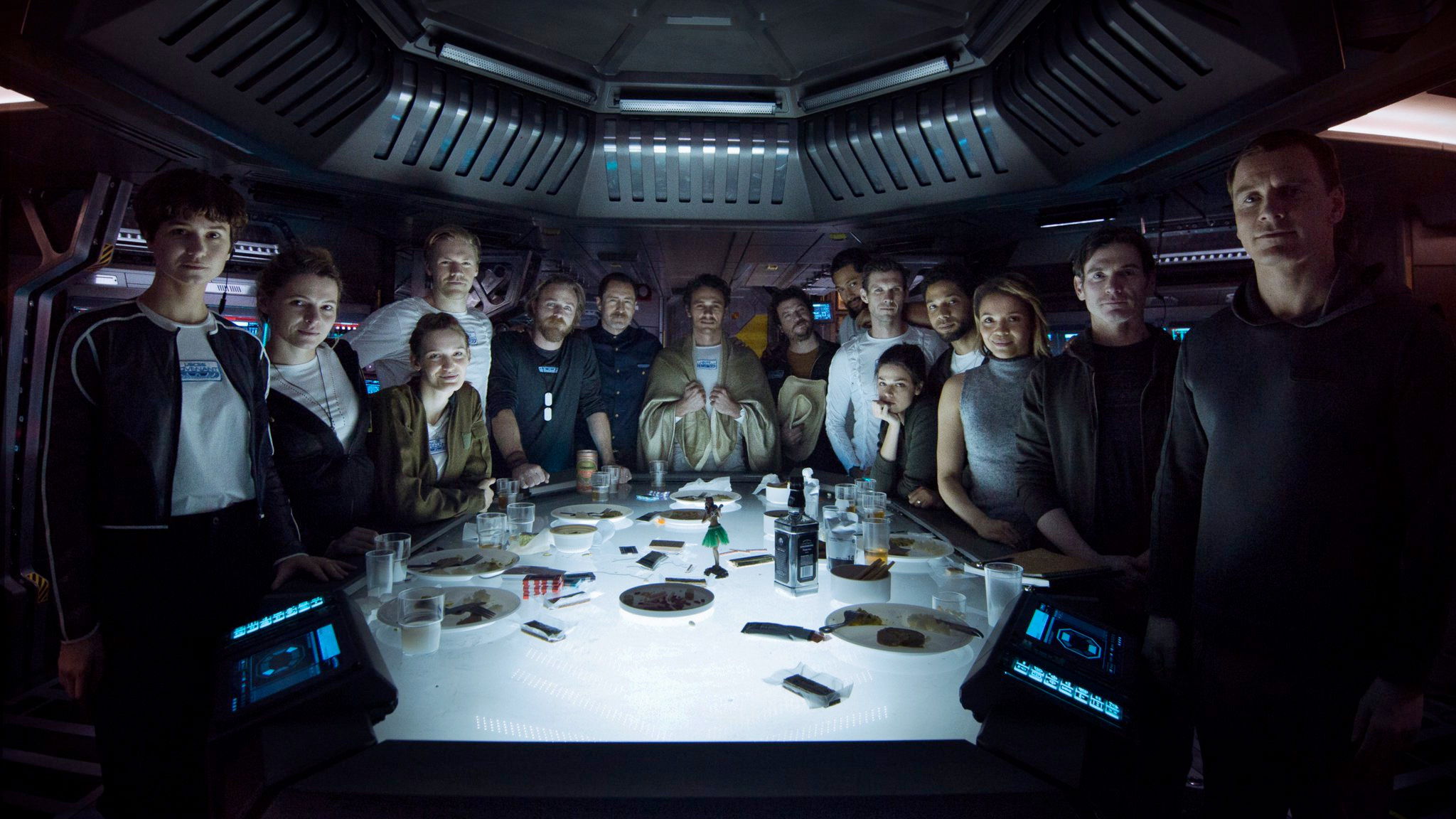 Though The Predator won’t hit theaters for another year, Alien: Covenant arrives this May.