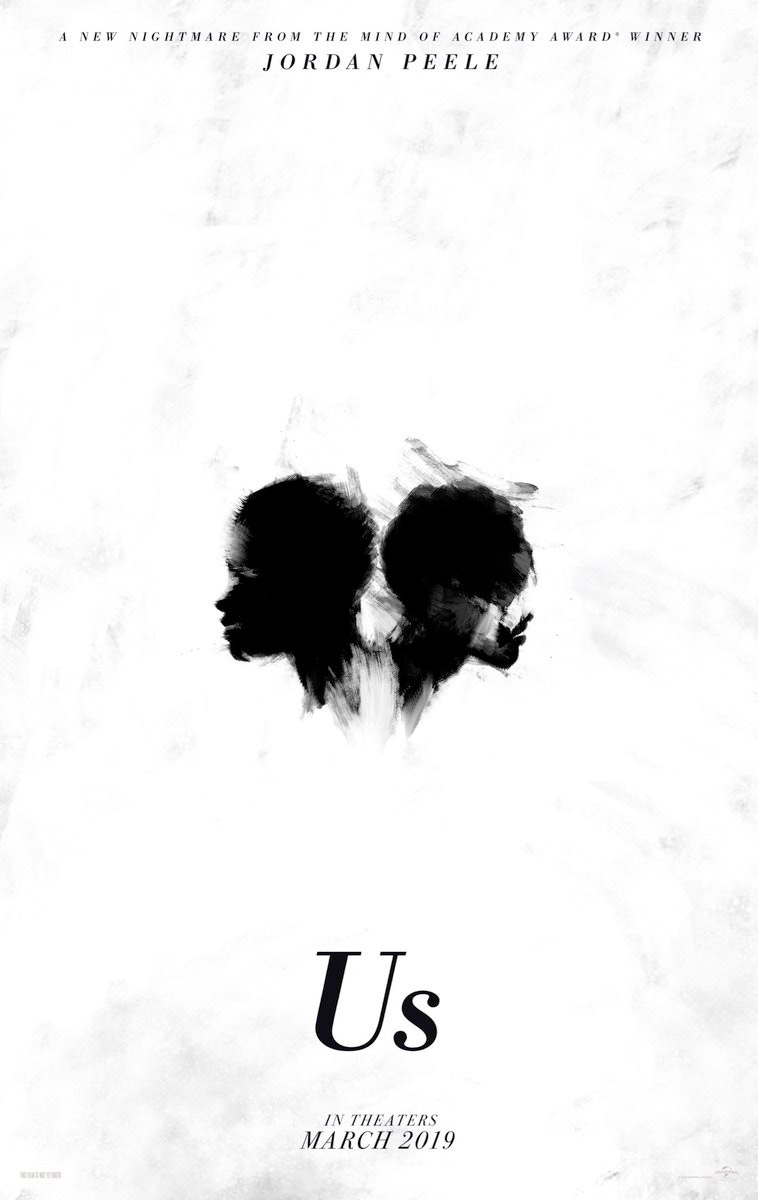 Jordan Peele’s follow-up to Get Out is still ten months from release, but hey, here’s a poster to whet your racially-conscious horror appetite. Titled Us, the film is apparently a “nightmare” and focuses on a pair of couples. If negotiations work out, Wakandans Lupita Nyong’o and Winston Duke would reportedly play one couple, with Elisabeth Moss and an undetermined other playing the second. We’ll find out how their little couples hangout gets even more awkward than own argumentative attempts when Us hits theaters March 15.