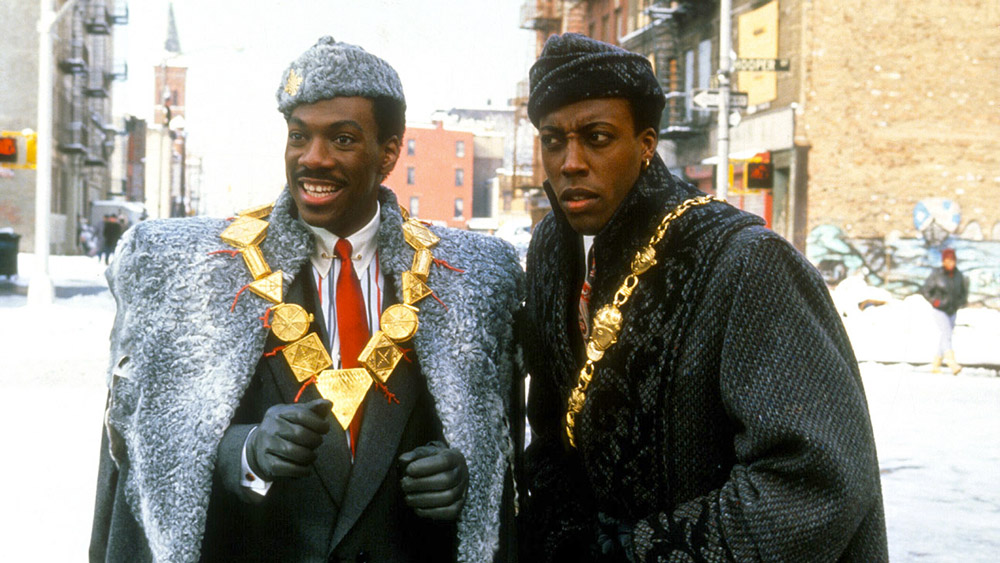 Sending Arsenio Hall into fits of excitement, Paramount has (re-)started development on a sequel to Coming to America. After earlier this year hiring the original Coming to America writers to write the follow-up, the studio has decided those original writers are no longer capable of handling the story of Eddie Murphy arriving in the United States. Now they’ve reportedly hired Black-ish creator and Girls Trip writer Kenya Barris to pen the screenplay—and they’ve also now got 50/50 and The Night Before‘s Jonathan Levine directing this thing. Not learning his lesson from the recent years of repeated failed Beverly Hills Cop follow-up attempts, Eddie Murphy is producing and expected to star. It’s said the story will see Murphy’s Prince Akeem, having lived in America since the original film, now traveling with his son back to Africa. I mean, I’m currently the only one saying that, but come on. That’s obviously going to be the premise, right?