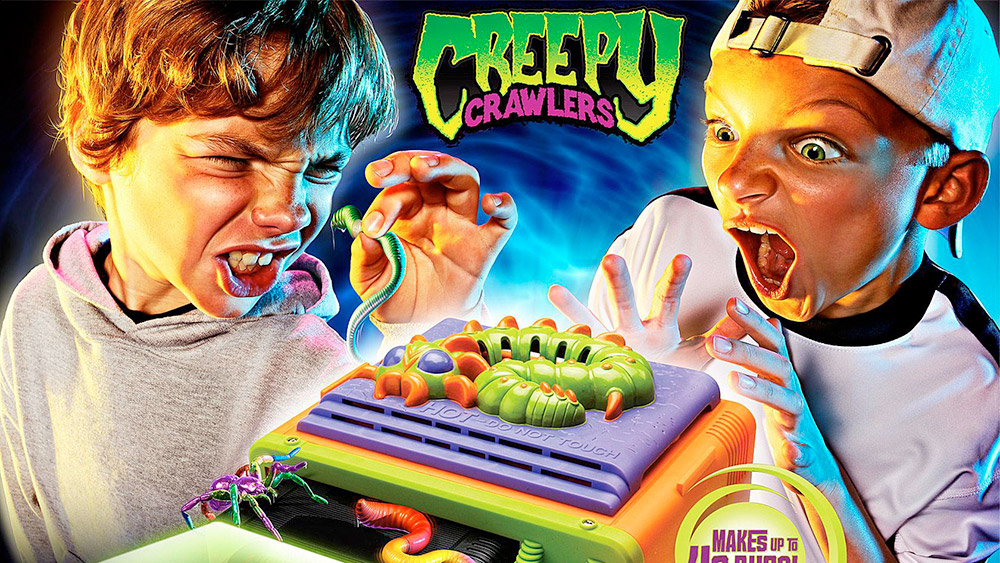 Creepy Crawlers, the ’60s mold-making kit revived in the early ’90s, is heading to theaters for reasons even more inexplicable than wanting to pour your own rubber centipede. Paramount Pictures has reportedly bought the movie rights to the not-quite-toy, with Neal H. Moritz, Marc Gurvitz, Toby Ascher, and “toy” brand CEO Stephen Berman producing what will apparently be a film about this alliterative system of creating inedible gummy worms.

For those unaware: Creepy Crawlers was basically (to use even more horribly dated comparisons) an Easy-Bake Oven by way of “What Are Little Boys Made Of?”. It came with molds of bugs, worms, and other little gross things; you poured some colored gunk in those; and after feeding it into a little light-bulb-powered oven, some rubber nasties came out. It’s an absolutely baseless idea for a movie franchise, but since it was already adapted into an absolutely unmemorable mid-’90s cartoon, it’s not without precedent. The bigger question is, when making a film about forcing past-its-expiration, toy-based pap into a formulaic mold, aren’t you getting a bit nail-on-the-head, [studio behind G.I. Joe and Transformers]?