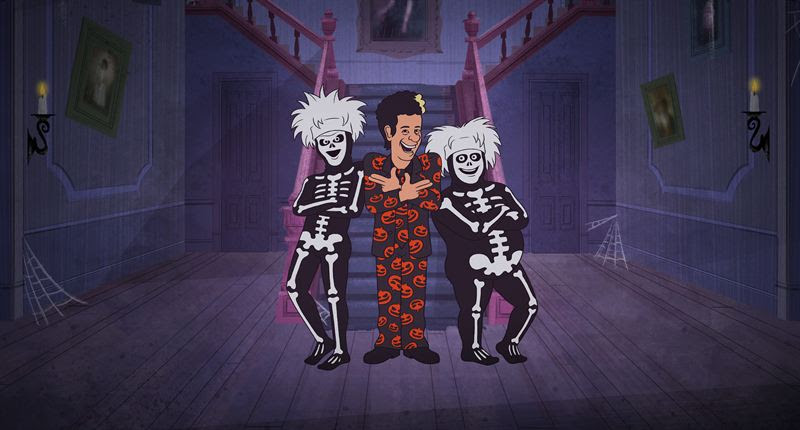 “Why did you go all-in on David Pumpkins?”

In the SNL sketch that gave us D.S. Pumpkins, it’s an understandable inquiry from Beck Bennett’s confused attraction-goer. And now, we, the less captive audience, can all can ask the same, as NBC has announced The David S. Pumpkins Halloween Special, an animated TV event based on last year’s amusingly oddball viral segment.

Tom Hanks, ever game, is returning to answer any questions as the voice of the pumpkin-suited titular star. Sketch creator Streeter Seidel and co-creators/boney B-boys Mikey Day and Bobby Moynihan are also on board—as is, for some reason, Peter Dinklage. Set to premiere October 28, the half-hour special reportedly “centers on David Pumpkins and his skeleton sidekicks who show a young boy and his sister the true meaning of Halloween.”

This will be the first Saturday Night Live sketch expanded into a full story since 2010, when MacGruber took a similarly one-note premise and turned it into something far funnier than it should have been. Can The David S. Pumpkins Halloween Special pull off a similar feat? Well, he IS David Pumpkins…