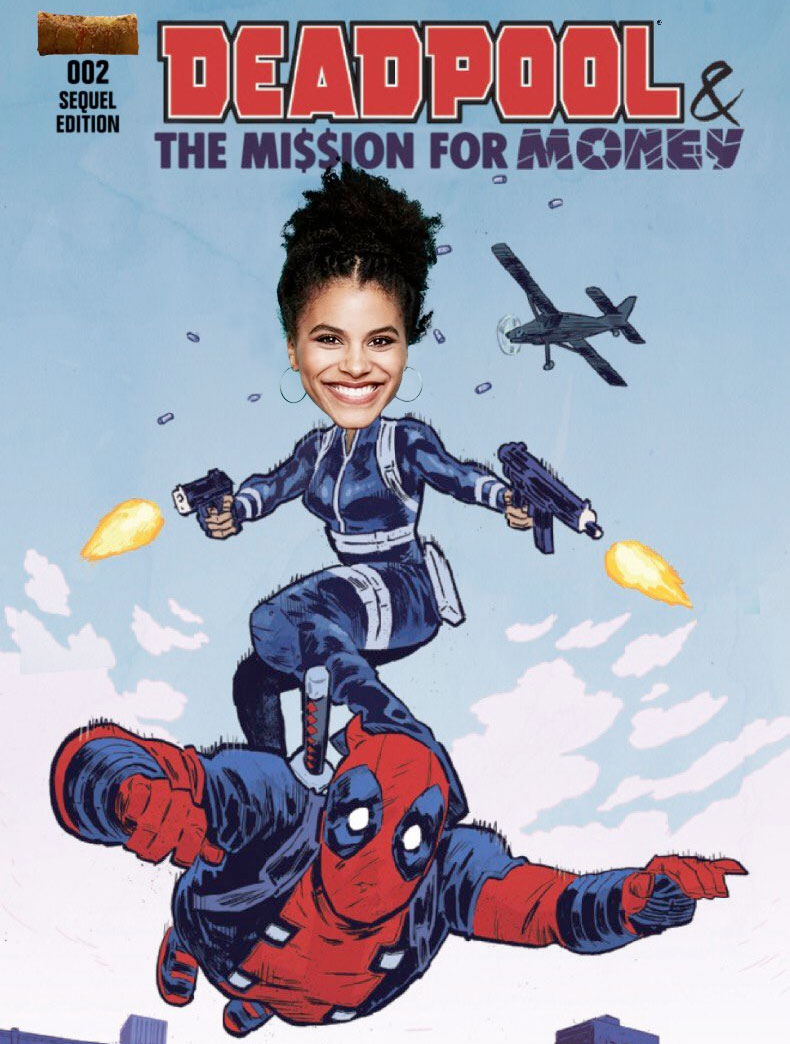 In a rare case of Johnny Depp missing out on a white makeup-caked, dark-eyed role, Atlanta‘s Zazie Beetz has scored the part of Domino in Deadpool 2. Deadpool himself, Ryan Reynolds, announced the news on Twitter, posting the above comic cover edit to announce that Beetz would play the new role—that of a fellow mutant mercenary, capable of influencing luck in her favor. So that’s how she got ya, Johnny.