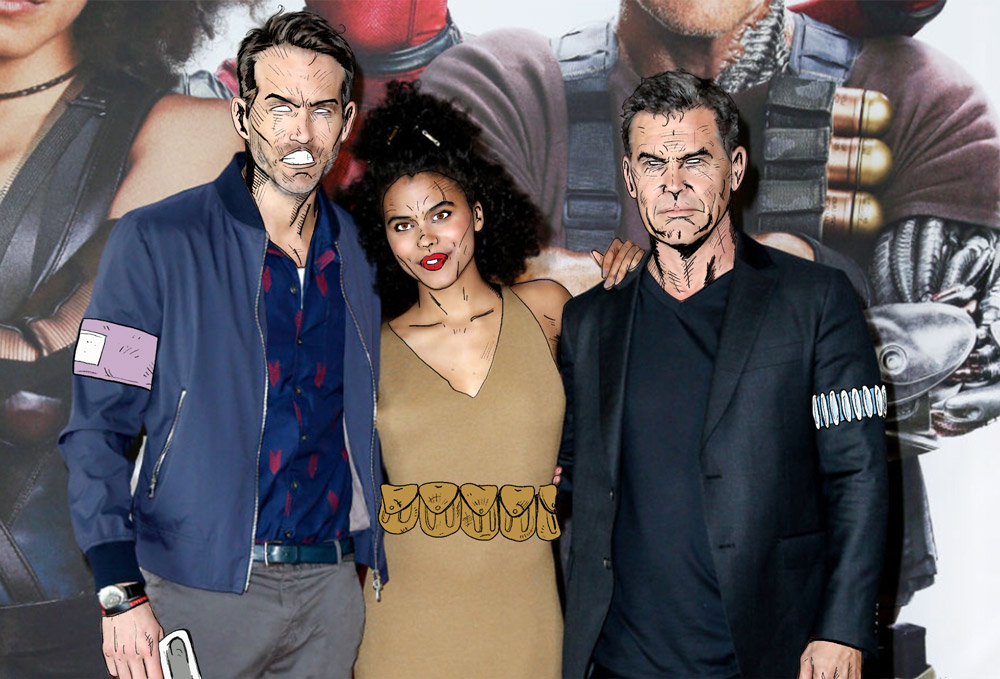 Though riddled with cancerous tumors of ham-fisted sentimentality, Deadpool’s astonishing healing power (of laughter!) has managed to pull him through Deadpool 2, a sequel that’s uneven, thoroughly disconnected, self-indulgent, and abruptly not self-aware whenever it’s convenient.

Ryan Reynolds returns to the title role, and once again proves that when costumed, his pupil-free, gratuitously-gestural acting is far more entertaining than anything he’s done with the pretty face of 2010’s Sexiest Man Alive. After facing tragedy, Reynolds’ “Merc with a Mouth” ends up trying to protect a 14-year-old boy (Julian Dennison, joining his Hunt for the Wilderpeople director Taika Waititi in being a wonderful Kiwi superhero movie presence this year) from Cable—Josh Brolin’s trendy-haired Terminator—a muscular, semi-metallic guy from the future boasting a glowing eye and the need to hunt down this very specific teenage kid.

Essentially structured like a video game, the film is a series of episodic action missions loosely connected by low-key “back to base!” cinematics at a bar or apartment. This lets the otherwise straightforward story take far too many tangents, many of which don’t matter or could at least be trimmed down. Yet as much as original Deadpool writers Rhett Reese and Paul Wernick repeatedly lampshade their lazy screenwriting, they stick enough fairly clever jokes through their disjointed narrative that most of it still plays—even when they’ve somehow never learned the Madea- and Sherlock Gnomes-taught lesson that direct pastiche is not inherently funny.

David Leitch, of John Wick and Atomic Blonde fame, directed the follow-up, and his investment plays out with declining results. Seemingly shot chronologically, Leitch pours all his awesome gun-fu into a cold open and leaves little for the rest of the film, which looks increasingly generic as it reaches its prolonged climax. Throughout, he’s certainly a more capable action director than Deadpool‘s Tim Miller, but in shifting his extreme genre stylings further toward comedy, he seems to have found himself lost in Paul Feig’s path: scenes drag on to wring every last chuckle out of them, and that many of the trailers’ takes aren’t in the film points to a (too-) heavily improvised shoot. Despite a technique that could (hopefully) lean into the likes of equally improv-happy directors Phil Lord and Chris Miller, Leitch never reaches the winking sequel success of their 22 Jump Street.

For a film so pointedly ironic as Deadpool, it’s strange that its follow-up is so ready to dive headlong into needy gravitas (it’s awfully weepy in fits and bursts) and on-the-nose set-pieces (a jailbreak, disrupting a convoy, and jumping out of a plane are among the scenes executed but somehow never called out). But like a discarded SNL movie (a pretty hilarious bit from MacGruber is even quietly aped), Deadpool 2‘s strained humanizing of its otherwise heartless, one-note lead betrays what an enjoyably gross action-comedy is beneath its mask.