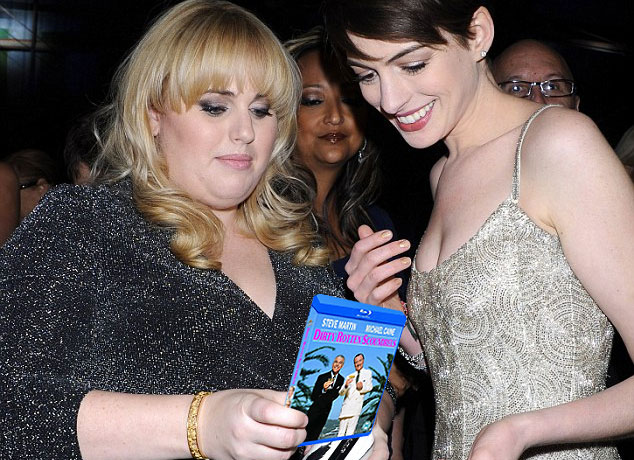 1988’s Dirty Rotten Scoundrels, already a remake of 1964’s Bedtime Story, is now itself getting a differently-titled remake. According to The Hollywood Reporter, MGM is in talks for Anne Hathaway to join Rebel Wilson in a new take on the story of a couple swindlers competing to con a fortune from a rich mark. It’s said this latest update will modernize the tale by making the wealthy target a tech entrepreneur. The new title? Nasty Women. Yes, just as women co-opted Trump’s would-be insult to make it stand as a proud assertion of empowerment, now a Hollywood studio will co-opt it again to stand for a tepid re-imagining one can watch piecemeal across several lazy weekends on TBS. Does MGM know how to cater to a female audience or what?