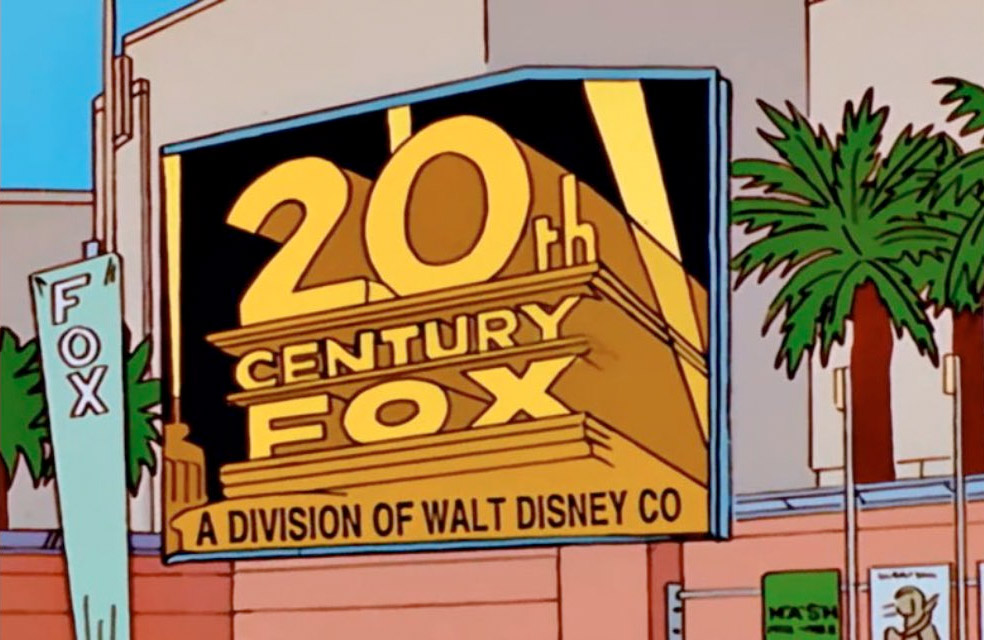 As predicted by a month of rumors and, of course, an episode of The Simpsons (see above), Disney is officially buying up the majority of 21st Century Fox. The $52.4 billion, all-stock deal includes the film studio 20th Century Fox, FX Networks, and National Geographic, as well as Fox’s stakes in Sky, Star, and Hulu. Thanks mainly to antitrust laws, 21st Century Fox will retain control of Fox Broadcasting Co., Fox Sports, Fox News, and Fox Television Stations. Those will reportedly be wrapped up into a new company—a little doggy bag of scraps for the next massive conglomeration to gobble up. Can’t wait to find out who gets it!