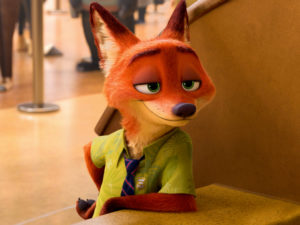 In news that immediately got nerds too excited about an X-Men/Fantastic Four/Avengers cross-over, CNBC is reporting that Disney has been having on-and-off talks to acquire the majority of 21st Century Fox. While it’s said “the two sides are not currently talking at this very moment,” over the last several weeks, the two had apparently been discussing a deal that would have given Disney the 20th Century Fox film studio as well as much of the television division—including the FX networks, National Geographic, Sky, and Star. Because Disney already owns ABC and can’t legally control two broadcast networks, Fox would have kept their eponymous network; similarly, given that Disney already owns ESPN, Fox would have kept their sports channels. Fox also would have kept Fox News, because ugh.

Given how few conglomerations already control the media landscape, the breakdown of a buyout this size is almost certainly good news for most consumers. But as for dork consumers who prioritize seeing a movie where the Thing clobbers the Hulk and then an Avatar guy flies in? Well, I’m sorry for this bad news.