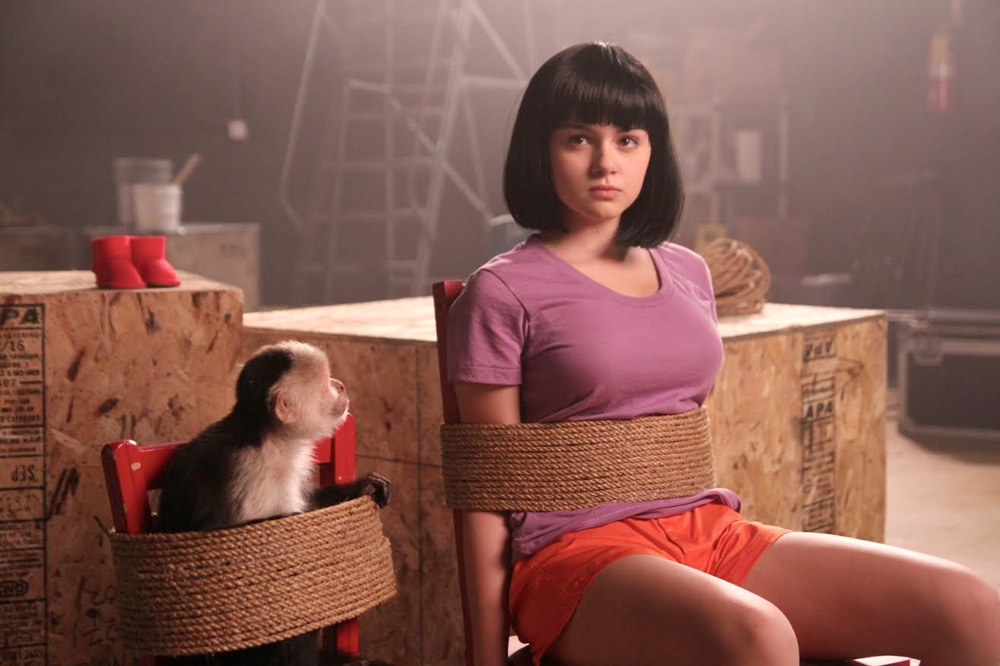 Once the stuff of a Funny or Die parody video (below), a gritty, explosion-filled, uncomfortably-sexualized Dora the Explorer is now closer than ever to reality. THR reports that Michael Bay, the man who inexplicably forced Megan Fox’s April O’Neil into a midriff-baring schoolgirl outfit, is producing a live-action Dora film for Paramount. Already skyrocketing the chance of Bay making this thing gross, it’s said Dora will here be not a seven-year-old but a teenage girl moving to the city to live with her cousin, Diego. Writer-director Nicholas Stoller, whose work ranges from The Muppets to Sex Tape, is handling the script. Further details aren’t yet known, but with Bay steering the production, ugh, Swiper is going to steal away Dora’s erotic innocence, isn’t he?