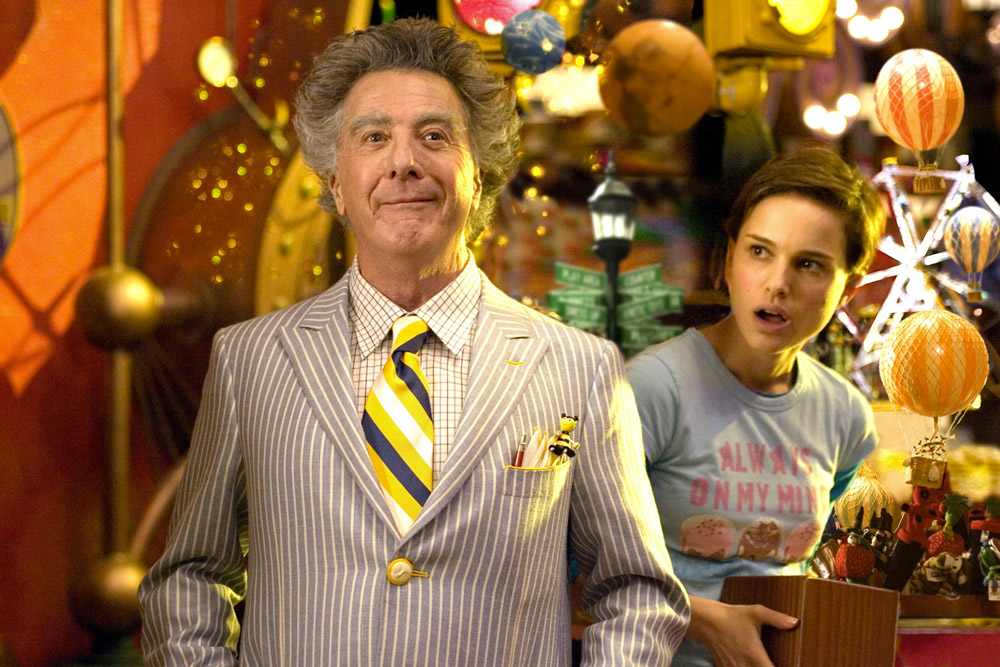 The first incident, as detailed by victim Anna Graham Hunter, occurred back in 1985. Hunter was a 17-year-old high school senior interning on the set of a television adaptation of Death of a Salesman Hoffman was starring in. In this lengthy account in The Hollywood Reporter, she describes how the man who would be Magorium “was openly flirtatious,” “grabbed [her] ass,” and frequently talked about sex. But it was in his meal orders that the belated Fockers addition really laid on his charms.

Hunter recounts that for lunch, Hoffman once requested an assistant’s “left breast.” When she called him “disgusting,” Hoffman retorted, “OK, your right breast.” In a breakfast order from Hunter herself, the actor, cleverly tailoring his subtle innuendo for the morning menu, asked for “a hard-boiled egg… and a soft-boiled clitoris.” Ha ha! Good one, Tootsie!

Lest we try to dismiss that as an isolated incident or misunderstanding, Wendy Riss Gatsiounis has already come forward with her own Weinsteinian tale of Hoffman’s shittery.

In 1991, Gatsiounis had a couple meetings with Hoffman star to talk about adapting her play for the big screen. By the second meeting, the then 53-year-old Ishtar star allegedly asked Gatsiounis whether she’d “ever been intimate with a man over 40?” Stretching the definition of “new,” he promised, “It would be a whole new body to explore.” Ugh.

After she rebuffed Hoffman’s persistent requests to accompany him to a hotel, he finally walked out on the meeting, leaving screenwriter Murray Schisgal to tell Gatsiounis that they were no longer interested in the movie.

Good luck to anyone hoping to enjoy The Meyerowitz Stories (New and Selected) in light of these Hoffman Stories (Old and Disgusting).