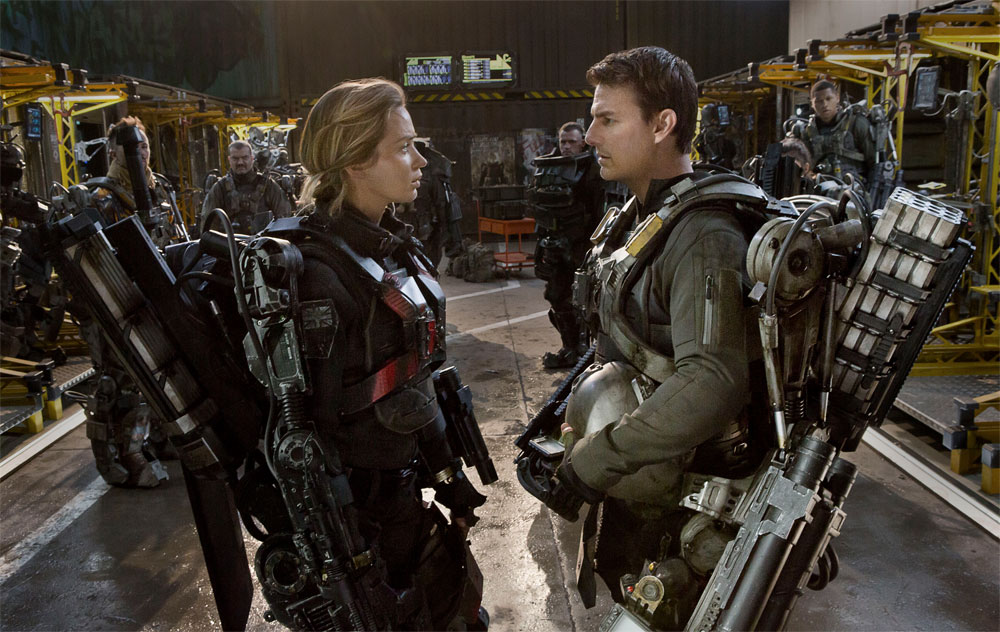 Director Doug Liman has teased some new details about Live Die Repeat and Repeat, the Edge of Tomorrow sequel that continue the story of living and dying that nature has repeated for countless millennia.

Firstly, Liman promised that, despite the title’s promise of increasing repetition, this franchise is not going to offer the endlessly scampering Tom Cruises of Mission: Impossible. In fact, the second film is already meant to be the finale. Said Liman (via):

I see this as a two-movie franchise; there’s the completion of the story we set up in the first movie and the relationships between Tom Cruise and Emily Blunt—because, remember, at the end of the first movie, she doesn’t know who he is—and that’s gonna launch us into an amazing new direction. It does pick up right where we left off, but it doesn’t keep going forward, because we’d screw with time, because the aliens screwed with time.

Liman also teased that the sequel would be a “smaller,” less action-oriented film—but that’s not to say it won’t grow in some ways. In particular, it will grow in that now there’s another main character beyond Tom Cruise’s whatever-his-name and Emily Blunt’s sword-lady. Liman explained:

I think what people tend to do with sequels is they just make them bigger. And I’m like, ‘No, a sequel should be smaller.’ You did the first film as sort of the ad campaign for the sequel, so now you don’t need as much action, and in the case of Edge of Tomorrow, people obviously loved the comedy and they loved the situation… So we can do way more focus on Tom’s character and Emily Blunt’s character, and there’s a third character in the sequel that’s gonna for sure steal the movie.