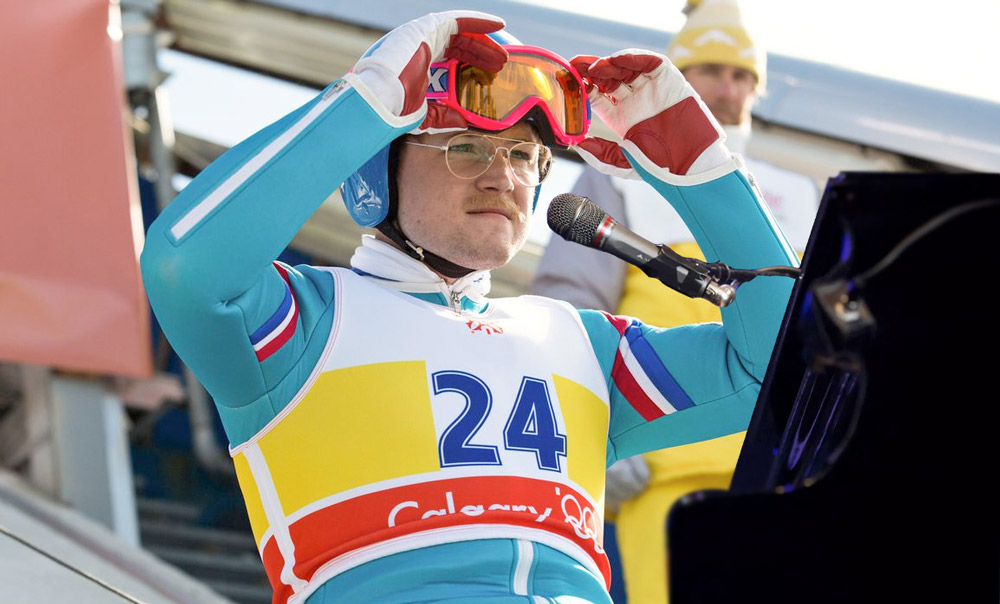 Giving the actor another chance to put on some out-there glasses and a technicolor outfit, Taron Egerton will star in the Elton John biopic Rocketman.

The film is set to be directed by Dexter Fletcher in a sort of merger of his Egerton starrer Eddie the Eagle and his upcoming Queen film Bohemian Rhapsody. According to Deadline, who brought news of the casting: “The film covers the singer/pianist’s growth from a prodigy at the Royal Academy of Music to a global superstar, through his influential and enduring musical partnership with his songwriting collaborator Bernie Taupin. It is an unvarnished rock ‘n’ roll biopic with John’s life stripped back of the glitter.”

Of course, while they claim it will be “stripped back of the glitter,” as is so often said of things, there’s reason to think that might not be entirely true: Elton John’s own Rocket Pictures is among the production companies developing the film. Then again, in metaphors as in life, can anyone ever fully sweep up a mess of fucking glitter?