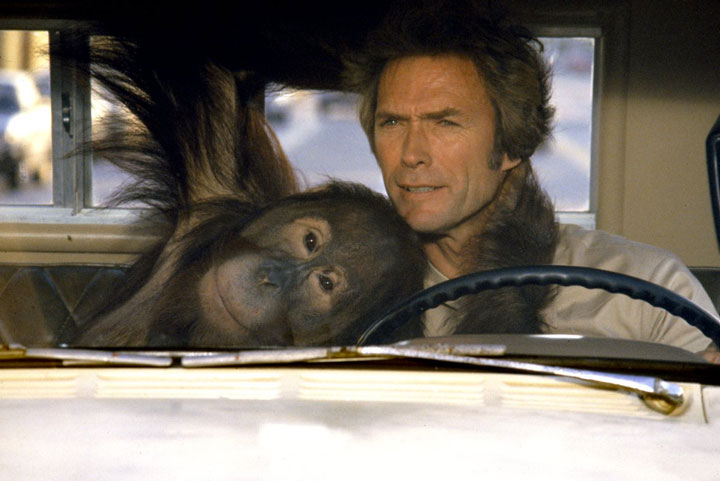 Because Hollywood is a void of original ideas, like the original idea that a truck driver/bareknuckle brawler would own a pet orangutan and that would be a movie, you’re getting a remake of the 1978 Clint Eastwood comedy Every Which Way But Loose.

Deadline reports that the remake will be produced by James Fargo, who directed the original and, despite there already being the sequel Any Which Way You Can, apparently still thinks there’s more to explore in a violent trucker palling around with a red-haired simian. To direct, Fargo has hand picked Anthony G. Cohen, who directed a straight-to-video film about “a shallow womanizer [who] refuses a mysterious homeless woman’s request for a kiss [and] wakes up the next morning to discover he’s been changed into a woman.” That movie’s cover featured Frank Stallone, Jim Hanks (brothers of Sylvester and Tom, respectively), sexy twins, and a dwarf grabbing a woman’s breast. Fargo said that after watching it, he “knew instantly he was the right director for this picture.”

Filming is scheduled to begin this spring. I can’t wait to find out how the impending autonomous vehicle revolution affects teamsters that also own great apes!