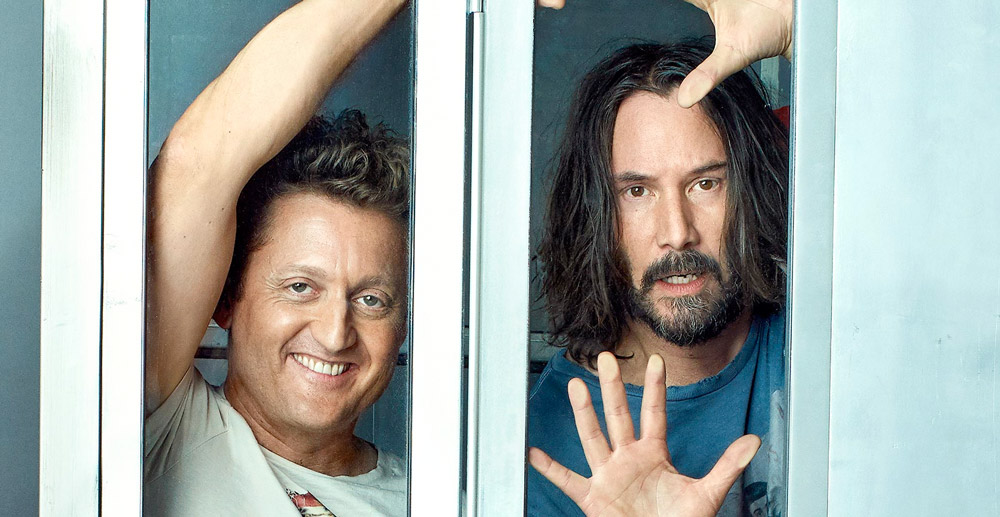 Like so many now-50-something rockers hoping to capitalize on their dated fame, the Wyld Stallyns are reuniting. After years of rumors, a third Bill & Ted film is officially happening, MGM today confirming as much at the Cannes Film Festival, where Bill & Ted’s Excellent Adventure 29 years ago picked up the Palme d’Or (this turned out to be incorrect).

Original stars Keanu Reeves and Alex Winter are set to return to the title roles, and series writers Chris Matheson and Ed Solomon have written the script. It’s said to see Bill and Ted as family men still struggling to write the song George Carlin told them would usher in a futuristic utopia. Returning to their once-inconspicuous time machine, the pair set out on another hopefully-excellent adventure—now with their daughters in tow, inevitably leading to the “what’s a phone booth?” joke that is this film’s raison d’être.

RED 2 and Galaxy Quest director Dean Parisot is attached to direct the film, which is already titled Bill & Ted Face the Music. One can only imagine the stars that will now line up to play the “new crop of historical figures, and some sympathetic music legends” for laughs, but the supporting cast—including William Satler’s Death of Bogus Journey—is not yet confirmed. For now, we’ll just have to dream of which Ingmar Bergman film will get parodied this time.