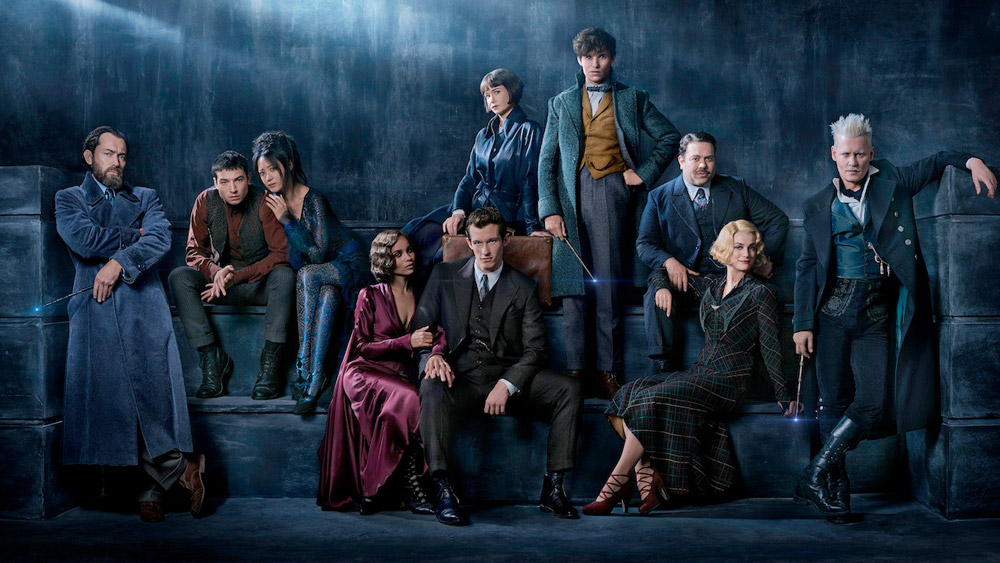 Continuing J.K. Rowling’s tendency for ever-so-pithy titles, the Fantastic Beasts and Where To Find Them sequel has been titled Fantastic Beasts: The Crimes of Grindelwald. That’s the official word from Warner Bros., the studio today announcing the name and revealing this first look at the film’s cast in their fancy overcoats. This second chapter sees Jude Law (far left) get in on the action as a huffy young Dumbledore leading Newt Scamander and friends against Gellert Grindelwald. Depp returns in the previously-teased role of the titular villain, seen looking like steampunk David Lynch on the far right.

Fantastic Beasts: The Crimes of Grindelwald hits theaters a year from now—November 16, 2018.