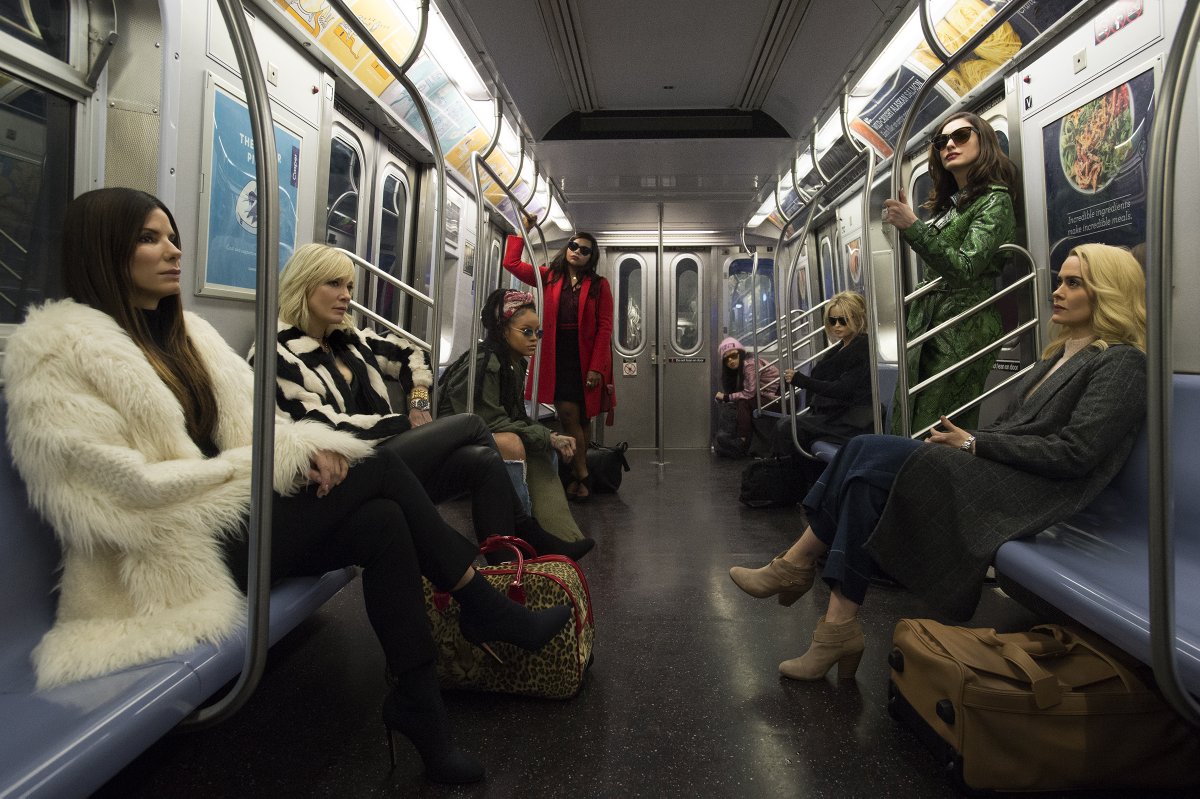 Here’s our first look at (left to right) Sandra Bullock, Cate Blanchett, Rihanna, Mindy Kaling, Awkwafina, Helena Bonham Carter, Anne Hathaway, and Sarah Paulson in the obviously female-fronted Ocean’s trilogy spin-off, Ocean’s 8. Why are they doing the most positively mundane, commonplace New York City activity outside of maybe waiting in line at Whole Foods? Is this like Ocean’s Eleven‘s fountain scene, but now it will be them quietly getting off at different stops? And why did no one putting this publicity shot together think to avoid having all the people of color resigned to the back of public transportation? You’re supposed to be hypersensitive about this now, Hollywood, and Rihanna is far more popular than Sarah Paulson anyway.