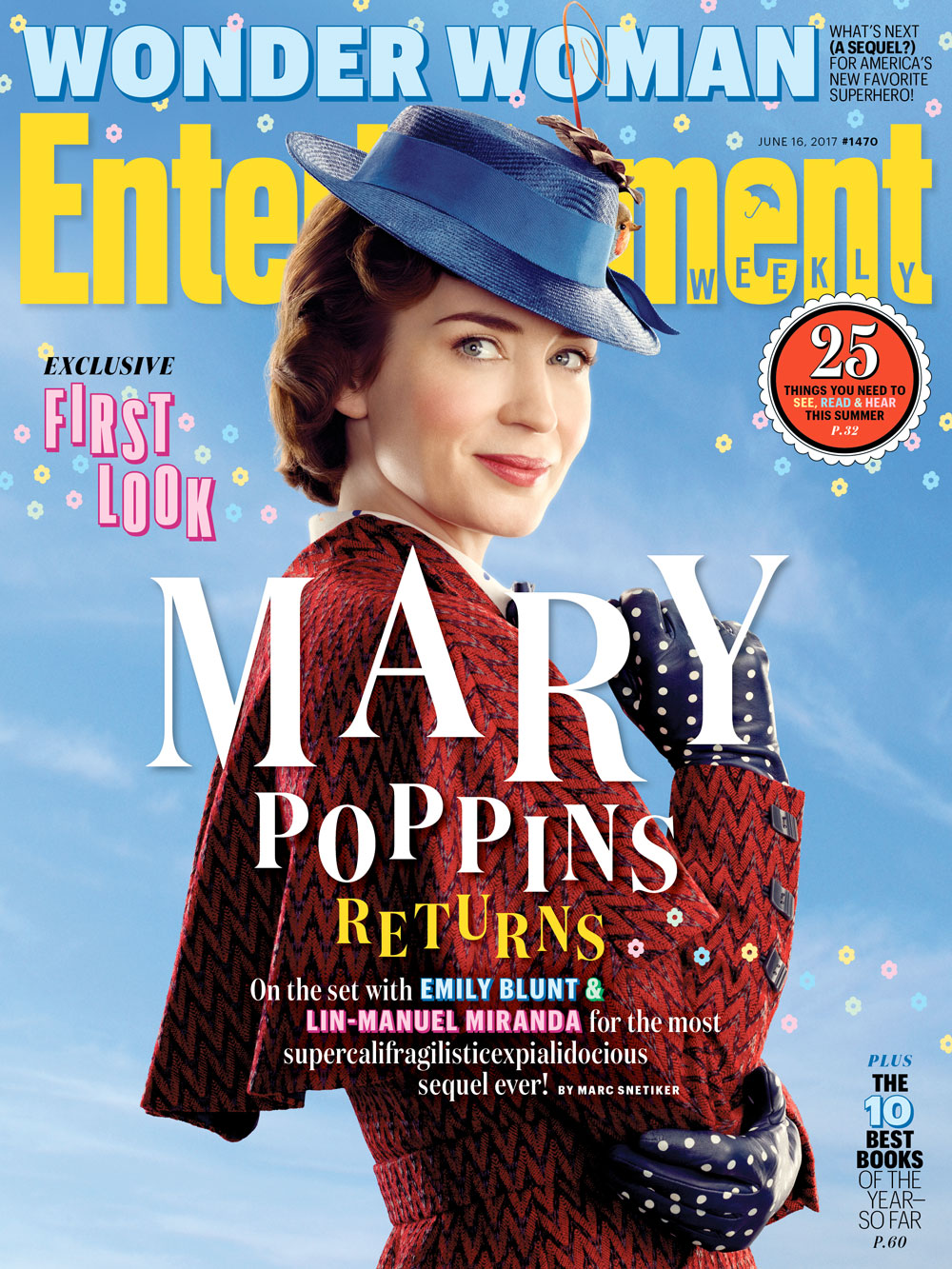 From Entertainment Weekly, here are the first official photos from Mary Poppins Returns, the much-belated sequel that sees Emily Blunt taking on the role of cinema’s most horrifically god-like au pair. Look upon her on this cover, but you will never truly know the limits of the dark magick that swells beneath her delightfully eccentric hat.

Meet Jack, the jolly lamplighter who fears nothing more than his nanny friend: 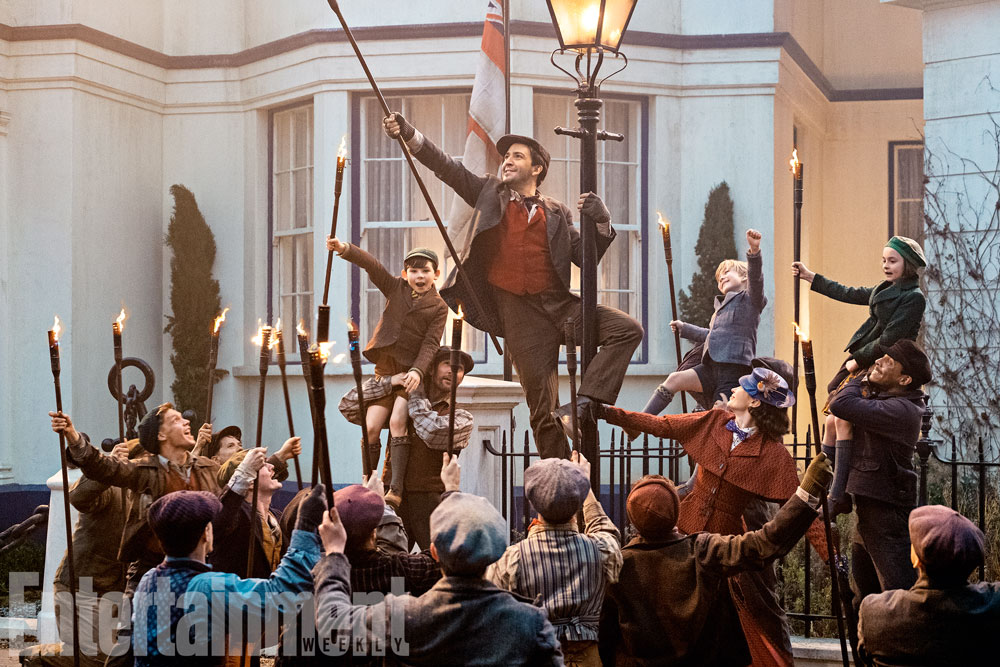 What happened to Mary’s old friend, Bert the chimney sweep? Jack (Hamilton‘s Lin-Manuel Miranda) dares not ask. What if it upsets her? But he can’t help but wonder. As he lights the street lamps each night, he considers whether his flame would burn the un-aging governess. Can she be burned? Can she die? He doesn’t linger on the thought long. Jack fears that the parrot in her umbrella tells Mary his dreams. 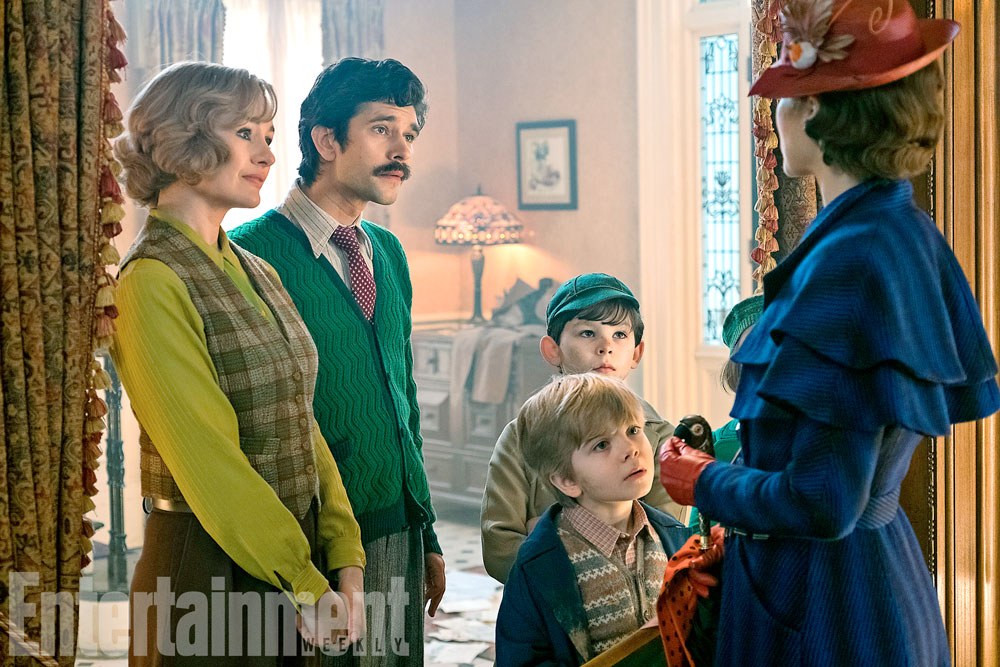 Michael (Ben Whishaw) and Jane (Emily Mortimer) Banks, the now-grown children from the original Mary Poppins, gaze upon Mary with awe and terror. They have seen her unholy sorcery with their own eyes. The two raise Michael’s three kids together. His wife is long gone. After all, when he would awaken—sweaty, shaken, his mouth unmistakably tasting of sugar—she never understood. She never entered the chalk drawing. She never crossed over into a realm man was never meant to see, let alone touch. She could never know.

It is something quite atrocious.

And so, Michael… Jane… Jack—even the new youngsters… They know what they need to do. They know that there is only one way to escape her.

Up there on the roofs of London every night, surely ol’ Bert must have seen it too. The way out… 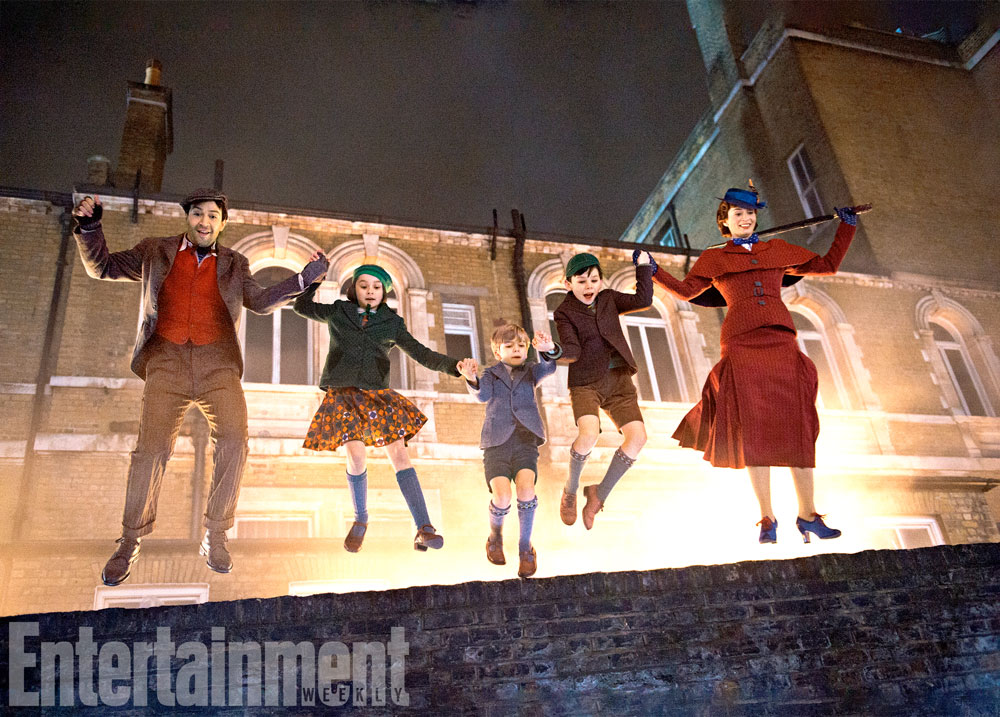