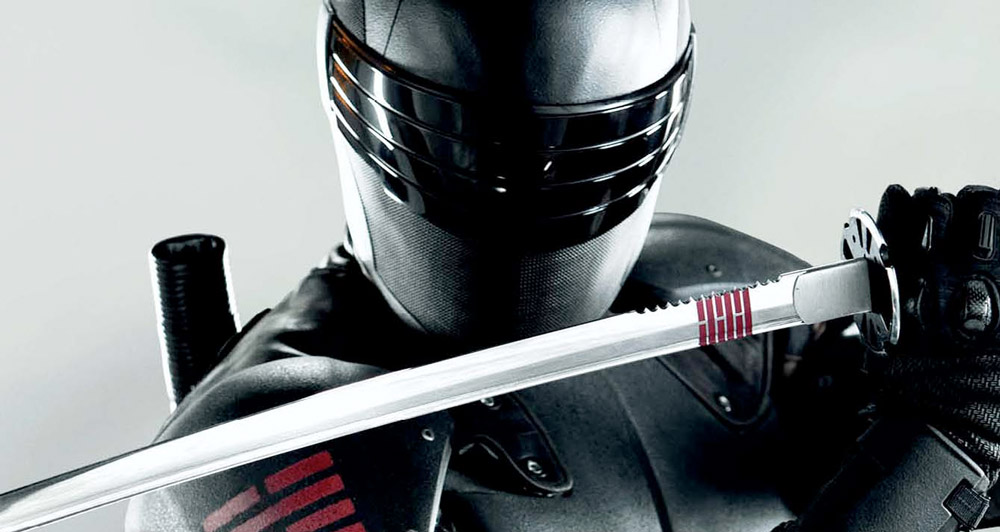 G.I. Joe‘s Daft Punk ninja is getting his own movie. According to The Hollywood Reporter, Paramount and Hasbro have started development on a solo film for Snake Eyes, hiring Beauty and the Beast writer Evan Spiliotopoulos to write a script about the unspeaking assassin of the military toy line. The studio is said to be rebooting the franchise after the 2013 sequel G.I. Joe: Retaliation; it would seem they’re now trying the Marvel approach, putting individual characters on screens before bringing them together for their ensemble moneymaker. Or maybe they’ve changed their minds about the reboot, and this is the mute Joey to Joe‘s Friends? Whichever it is, fans will surely have a lot to say about how Paramount is choosing to play with their little army guys.