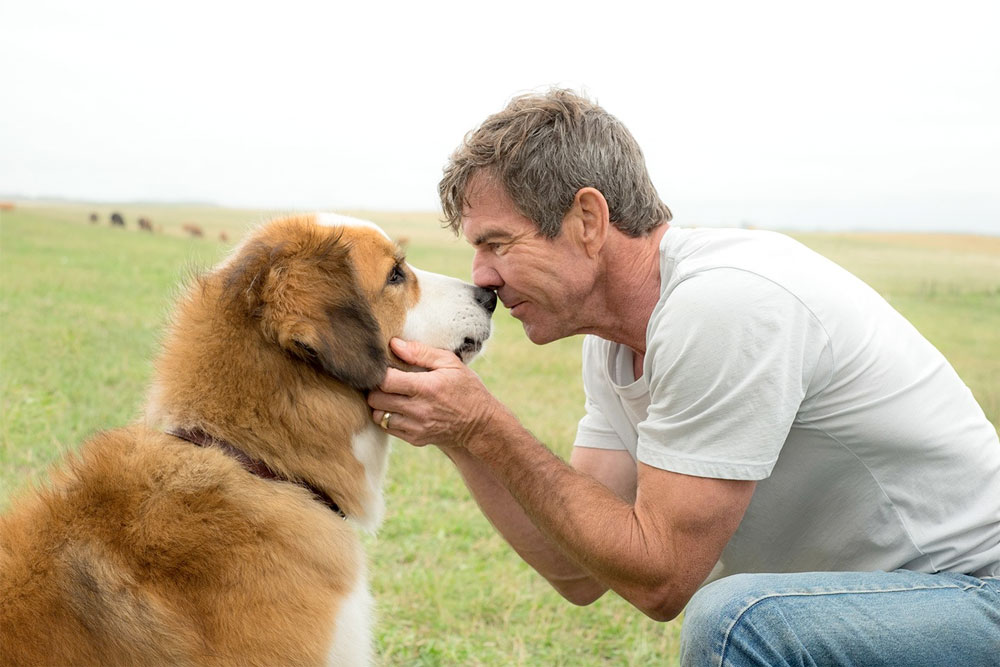 True to its utterly inconceivable tale of a very stupid thing’s rebirth, A Dog’s Purpose is getting a sequel. And you can blame China for that.

For those that have already forgotten the film, A Dog’s Purpose debuted in January with poor reviews and lukewarm box office. It followed a dog’s soul—represented by a Josh Gad-voiced inner-monologue—as it traveled from mortal dog-body to mortal dog-body, retaining its memories along the way. As for its conceit’s consequences in regards to human souls, canine intelligence, the afterlife, and what happens when dog souls outnumber dog bodies, it had very few answers. Pretty much the only question it answered was, “Could we do Marley & Me again, but now the dog talks to itself and we get to kill it a few more times?”

But in China, that was enough to make it an unlikely hit. Backed and pushed by the country’s massive Alibaba Group, the movie is currently the eighth highest-grossing U.S. import of the year. It sits ABOVE Beauty and the Beast. Alibaba has even begun selling tie-in pet merchandise to constantly remind pups that they’re doomed to die again and again in an endless cycle. So, with studios increasingly catering to the ever-growing Chinese film market, A Dog’s Purpose will not be allowed to die. It’s getting a sequel.

Mentioned only briefly in this WSJ story (via), dealt with as offhandedly as A Dog’s Life itself deals with pet reincarnation, few details are yet available. But like with Need for Speed, which is also getting a sequel thanks entirely to China’s box office, it’s said that Chinese audiences will be targeted with the follow-up. That may be the bright spot of this news, too. It’s about time Hollywood addressed its problem in never casting Asian leads as dogs that keep dying but can’t stay dead.