Well, Warner Bros. and Legendary Pictures have sure let the wind out of Godzilla vs. Kong‘s sails. The companies just announced the lineup of monsters for their Godzilla sequel, King of the Monsters, and at the moment, it’s sounding far cooler than any large gorilla can make up for. 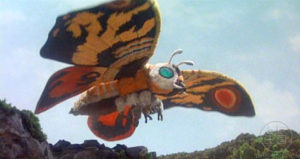 Firstly, they’ve got Mothra in this thing. Being a giant moth, Mothra is, arguably, the least awesome of the Godzilla, King of the Monsters group. But Mothra also gives this monster universe some important diversity: Mothra is a female. And if Wonder Woman proved anything, was it not that we desperately want to see more females from a weird island out there wrecking buildings? 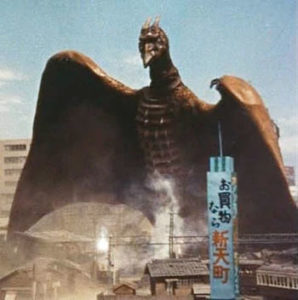 Also in the fight: Rodan. As his name very loosely suggests, he’s basically an enormous Pteranodon—but one that answers the question, “How do we fit a Japanese man into a Pterodactyl suit?”

Finally, it’s promised that Godzilla will face “his ultimate nemesis, the three-headed King Ghidorah.” Definitely the most impressive of the bunch, Ghidorah is a winged, three-headed hydra. Like Kong and Godzilla, this trio of assholes also seems to think they’re king. Can you believe these guys?

Anyway, you’ll be seeing all three of these freaks going up against Godzilla when Godzilla, King of the Monsters arrives March 22, 2019—more than a year before a now hollow-sounding Godzilla vs. Kong reaches screens.

In related news, it’s just been announced that, prior to August’s highly-anticipated bout between Floyd Mayweather and Conor McGregor, Mayweather is going to fight MechaFloyd and a huge moth.