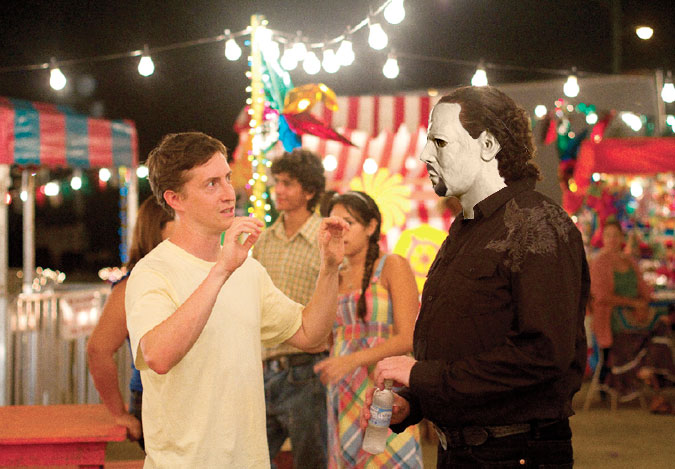 The Eastbound & Down team of producer-director David Gordon Green and creator-star Danny McBride will once again tell the story of a horrible white freak terrorizing a suburban populace. Blumhouse Productions has revealed that Green will officially write and direct a new Halloween movie to be co-written by McBride.

Though the duo have never really ventured into horror, their involvement makes a sort of sense. Green has proven himself a cinema chameleon able to brilliantly ape directors and genres—going from Malick-like contemplative beauty in his indie dramas to ’80s, sax-driven farce with the likes of Pineapple Express, Your Highness, and The Sitter. McBride has typically written comedies, but they’ve always had many pitch-black moments just a mullet hair’s breadth from being more upsetting than funny. What’s more, Halloween creator John Carpenter has endorsed them for the job.

In a statement on Facebook, Carpenter said the pair’s vision “blew [him] away,” writing:

While we don’t yet know what the pitch was that got Carpenter ready to dig out his synth, horror fans can rest assured that’s it’s not some kind of post-modern comedy take. In Blumhouse’s statement, McBride promised, “David and I are thrilled to step outside of our comedic collaborations and dive into a dark and vicious horror. Nobody will be laughing.”