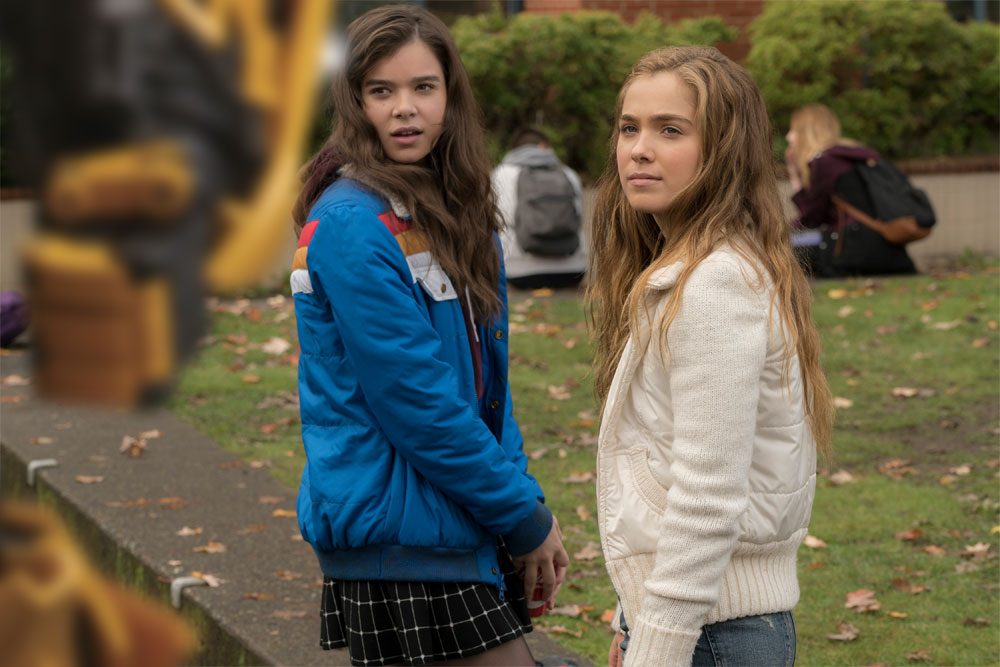 Hailee Steinfeld may be joining Shia LaBeouf, Mark Wahlberg, and the ice-cold, refreshing taste of Bud Light as a focal point of a Transformers movie. The Edge of Seventeen star is reportedly in talks to play the lead in Bumblebee, the Transformers spin-off that will focus on the yellow one. Like the franchise’s title heroes, Steinfeld would play something of a dual-purpose character, combining the young, everyman hero quality of LaBeouf’s Sam and the unusually attractive car repair of Megan Fox’s Mikaela. Her role is described as that of “a tomboy who also holds a job as a mechanic after school.” Kubo and the Two Strings‘ Travis Knight is directing the film. The rich mythology of a living Camaro and his high school friends is set to grow on June 8, 2018.