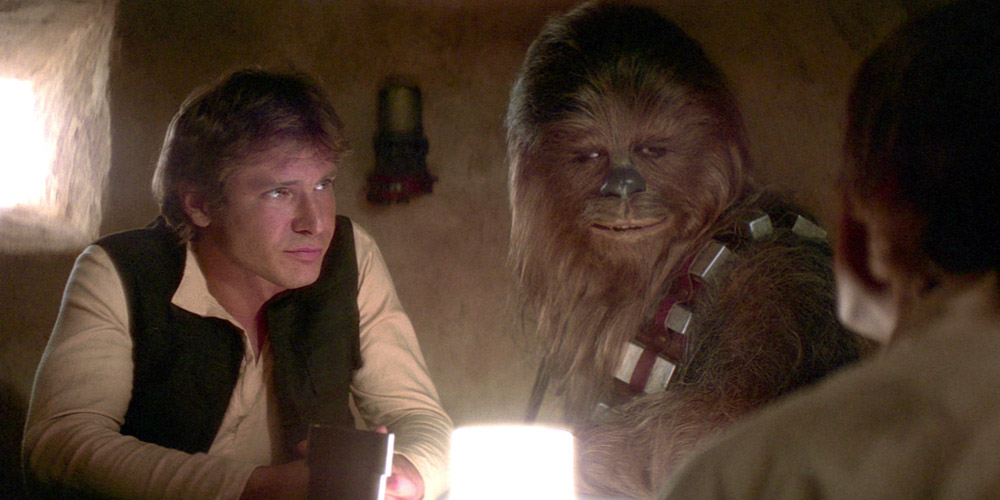 In the original Star Wars, Han Solo, in a completely forgettable but for some reason noted line, claims his Millennium Falcon is “the ship that made the Kessel Run in less than 12 parsecs.” Obi-Wan Kenobi appears dubious of the claim, but it’s left at that, and the audience is left never knowing if it was a hollow boast or a valid claim.

But, like everything else in this universe of rapidly expanding franchises, it seems that briefly mentioned event will not remained mercifully unexplored for long.

Already The Force Awakens called back to the Kessel Run record and loosely insisted on its validity. And now, Untitled Han Solo Project substitute director Ron Howard has suggested that the Solo prequel will likewise delve needlessly into this throwaway line, last night tweeting:

The filthy casuals of Star Wars may read this as Sean Spicer being rightfully compared to a dirt wall with a hole for all the bullshit to emerge from. But devotees have quickly picked up on the more likely meaning: it’s a reference to the Kessel Run, which Wookieepedia describes as “a hyperspace route used by smugglers and unscrupulous freighter captains to move spice from the spice mines of Kessel.”

Yes, it appears that, finally, this offhanded comment will get the multi-million dollar expository set-piece it deserves.

We’ll find out for sure when the film hits theaters May 25. Luke Verifiably Bullseyes Womp Rats in His T-16 does not yet have a release date.