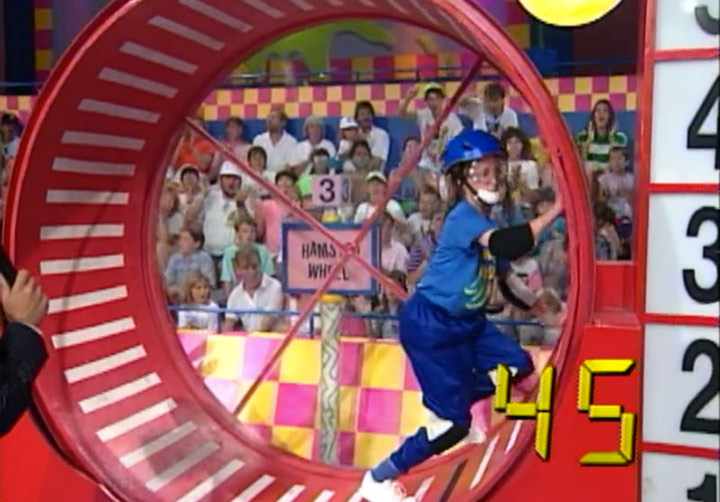 Like the One-Ton Human Hamster Wheel, life is an endless cycle and man but the hamster Sisyphus, endlessly plodding forward but never truly moving as death’s boxing glove slowly, somberly lowers its final flag. Dares become double dares. Double dares blossom into physical challenges. A set is covered in slime yet emerges clean, virginal after the commercial break, only to be muddied again. Death. Rebirth. The wheel keeps turning.

Double Dare grew old, had a Family Double Dare, and died, to be resurrected a decade later as Double Dare 2000—but for that too to suffer its predecessor’s inevitable fate. Ashes to ashes, gak to gak.

But now, as was equally inevitable, Double Dare is come again, a phoenix rising from an oversized foam waffle pile. According to The Hollywood Reporter, Nickelodeon has placed a 40-episode order for another reboot of that super-sloppiest of game shows, with the first episodes arriving this summer.

The development continues Nickelodeon’s descent down the long, dark Sundae Slide of nostalgia: the network just last month ordering up a reboot of Clarissa Explains It All. But, hey, at least now we’ll find out whether Space Camp still exists.