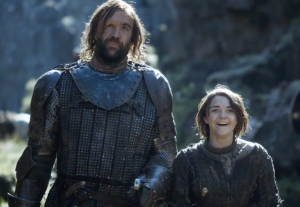 Lannister… Baratheon… Stark… Tyrell… they’re all just spokes on a wheel. HBO isn’t going to stop the wheel. They’re going to spin it right off into another decade of award-winning shows we’re going to have to follow.

According to a new rumor, HBO isn’t messing around when it comes to prolonging their most successful series ever. While the premium cable network had previously hinted at developing a Game of Thrones prequel, they’re apparently going much, much further than that. Entertainment Weekly reports that HBO is currently in development on four separate projects to potentially “explore different time periods of George R. R. Martin’s vast and rich universe.” I can’t wait for SVU!