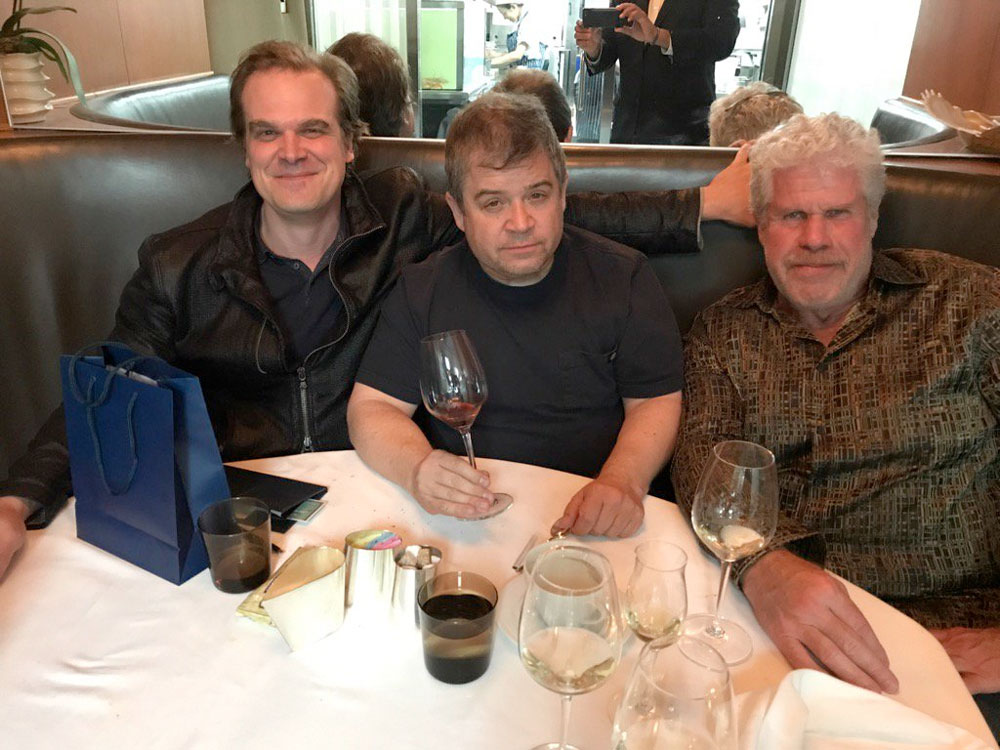 The Right Hands of Doom have at last gripped each other in a handshake of mutual respect. Hellboys of the past and future have made peace.

Last night, Ron Perlman, the Hellboy of two feature films, and David Harbour, the Hellboy of the upcoming reboot film met; they dined; they drank; and they made peace with their studio-mandated passing of the corpse, officially cleared up any ill will that may have resulted from their situation. For whatever reason, Patton Oswalt was also there to broker this.

“Not since Bill Clinton, Menachem Begin, and Anwar Sadat has there been such an epic summit yelding such a little result,” Perlman wrote on Facebook. “Apparently Patton Oswalt aka balvenieboy thought it was a good idea to host David Harbour and yours truly for a detente dinner. The result: i gained 3 pounds and ruined my liver. Meanwhile, good luck kid! Signed, the babe.”

Speaking to Yahoo, Harbour explained the meeting, saying, “I had reached out to Ron because I’m a big fan of his. He’s a really sweet guy and we wanted to just talk shop, and I just thought Patton Oswalt would be the perfect chaperone in case Ron and I started to make out or we started dancing too close or if we started getting in a fistfight.”

May this friendly meal serve as an example that, in another few years, could lead to a nice family-style dinner with our revolving door of Spider-Men.