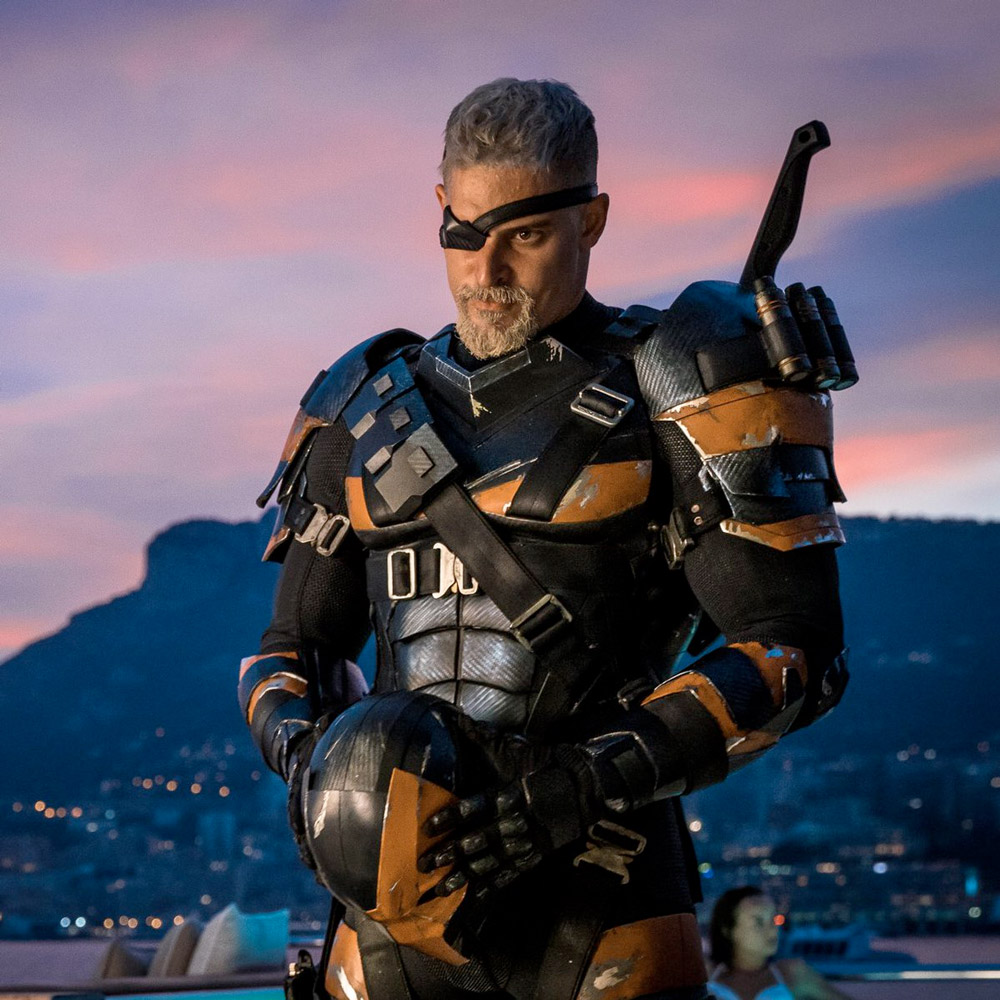 As teased in a year-old video from Ben Affleck, and more recently in the post-credits sequence at the close of dumb Justice League, Deathstroke is meant to join the DC Extended Universe at some point. The masked assassin and villainous antihero who isn’t Deadpool nor Deadshot was originally set to be the main antagonist of The Batman, but with director Matt Reeves taking over that project and tossing out Ben Affleck’s script, it’s no longer clear when exactly actor Joe Manganiello will get to fill the role for more than 30 seconds—his loosely promised solo movie with Gareth Evans still not actually on Warner’s schedule.

But hey, Manganiello already has the suit. So, like someone who bought a wedding dress on sale in the sad hope of one day wearing it in its proper context, he’s posted this photo of how he looks in it. Lookin’ good, Joe! May you one day find a nice Batman to put this on for.