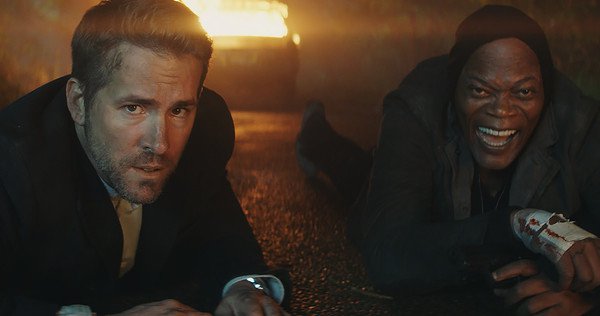 In preparation for staring into the eclipse and having their eyes seared into their skulls, Americans decided to make one of their last earthly visions a subpar action-comedy. Over the weekend, the Ryan Reynolds-Sam Jackson two-hander The Hitman’s Bodyguard topped the box office, outperforming most predictions with a $21.6 million opening. The weekend’s other big debut, the solidly-entertaining Logan Lucky, didn’t fare so well. Annabelle: Creation took the second-place spot with $15.5 million as Logan managed only third with a lackluster $8 million. Dunkirk dropped to fourth with $6.7 million. The Nut Job 2: Nutty by Nature is forcing me to type that unconscionable title one more time, the animated film taking fifth with $5.1 million.