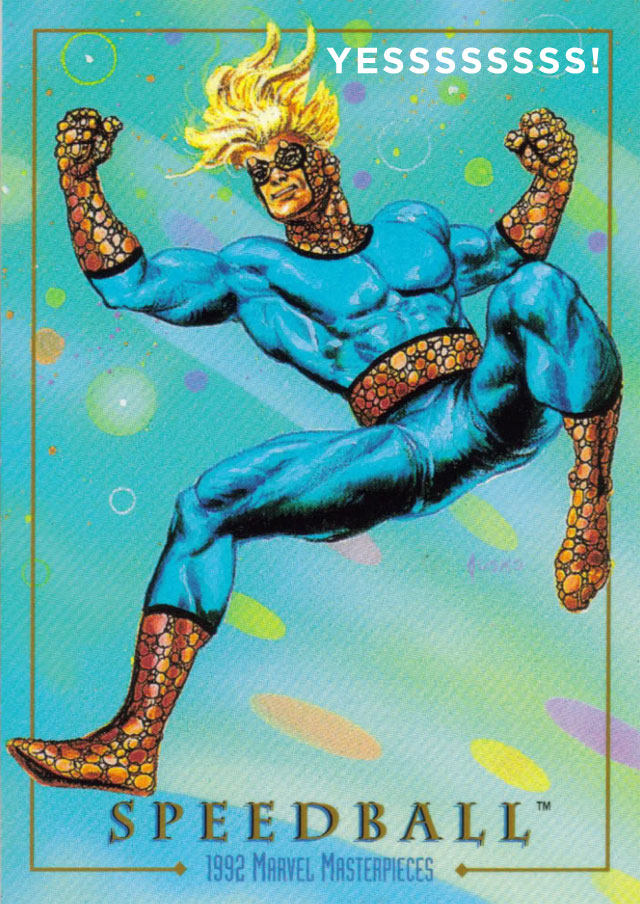 It’s been almost seven years since I first loosely joked that Marvel would put goofy, esoteric superhero Speedball on screens. Three years later, I made that joke more explicit with the above image. And now, in 2017, the punchline has finally landed as Marvel confirms that, seriously, they’re going to put Speedball on screens.

In an official release, Marvel has announced the lineup for New Warriors, Freeform’s upcoming “comedic live-action adaptation of the popular Marvel comic featuring young adult heroes.” It’s said that the team will include Squirrel Girl, Mister Immortal, Night Thrasher, Microbe, Debrii, and, yes, Speedball, this fucking guy that I was certain would never hit screens. So either I or they sure look like an idiot, huh?

It’s now thought that I’ll probably have to joke about a Marvel’s Sleepwalker series that I also don’t believe will happen yet still desperately want to see. Seriously, guys, I’ll write it. I have ideas!