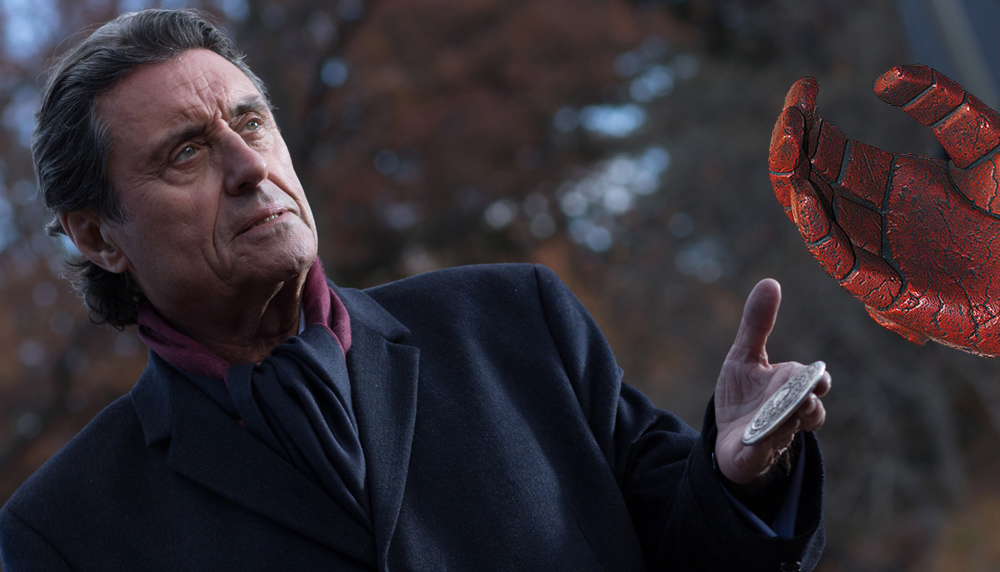 A man as craggy as Mike Mignola’s artwork has joined the Hellboy reboot.

According to The Hollywood Reporter, Deadwood and John Wick standout Ian McShane has signed on to join star David Harbour in Hellboy: Rise of the Blood Queen. McShane will play Trevor Bruttenholm, better known as Professor Broom, Hellboy’s adoptive father, previously seen in the Guillermo del Toro Hellboy films as played by the late John Hurt. Neil Marshall, who missed McShane in Game of Thrones during their respective brief tenures there, is directing this new take on the material. It’s said Marshall is aiming for an R rating, so yes, if you were wondering, Hellboy can this time finally learn that the Nazis are fucking cocksuckers.