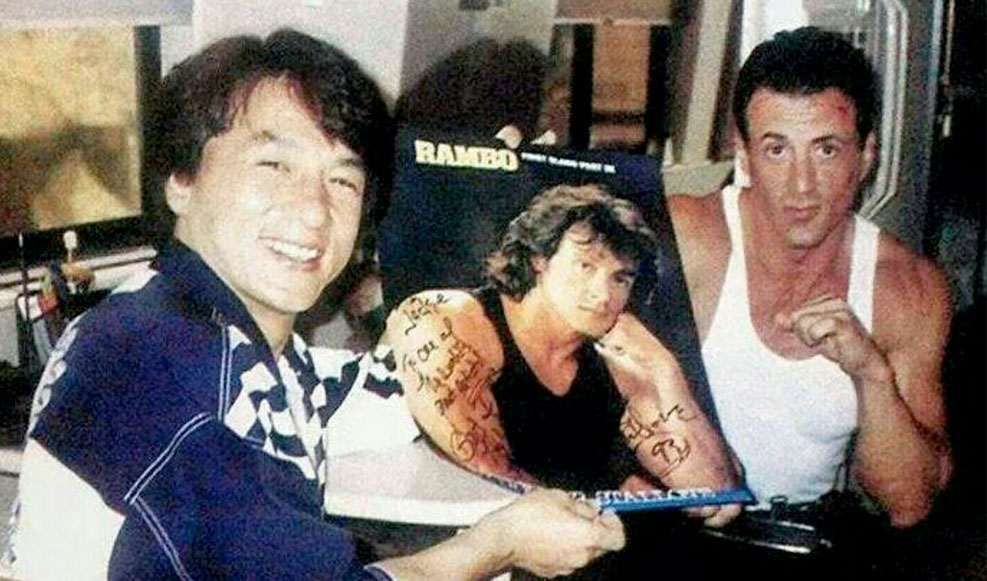 Jackie Chan and Sylvester Stallone are teaming up for what sounds like the most bad-ass action movie of 1992. Deadline reports that the stars (median age, 66½) have signed on for Ex-Baghdad, an action-thriller that will see the pair fighting off would-be thieves at an Iraqi oil refinery. Chan will play a Chinese private security contractor, and Stallone the former U.S. Marine called in to help out and grunt. Need for Speed‘s Scott Waugh is set to direct. The film is being budgeted at $80 million. That may seem like a lot for a film that will be lucky to hit eight digits its opening weekend, but if you look at the numbers for, say, Escape Plan, the logic of it makes a lot more sense.

The 2013 wildly-belated team-up of Stallone and Schwarzenegger made only $25.1 million over its entire domestic run, but it managed to draw another $112 million abroad. Given this similar setup, plus Chan’s obvious appeal in his homeland, Ex-Baghdad is actually a pretty safe bet to turn a profit. And you know what? I’m also gonna bet that, after initially butting heads, Chan’s contractor and Stallone’s Marine are going to end up finding a mutual respect for one another.