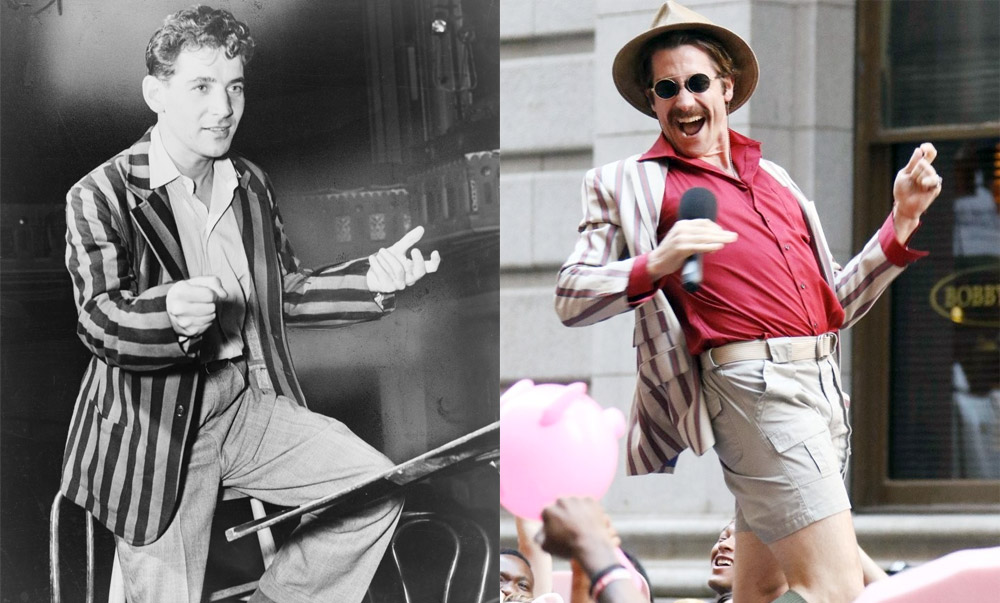 Looks like Jake Gyllenhaal will again be spreading his collar over a carnivalesque striped suit. According to Deadline, the actor has just signed on to star as legendary composer and conductor Leonard Bernstein in The American. Cary Fukunaga is directing from a Michael Mitnick script that’s said to take a symphony-inspired five-act approach, tracking Bernstein’s ascending stardom after becoming conductor of the New York Philharmonic at just 25 years old. It’s a role Gyllenhaal can no doubt relate to: when he was but 21, he was already a Bubble Boy.