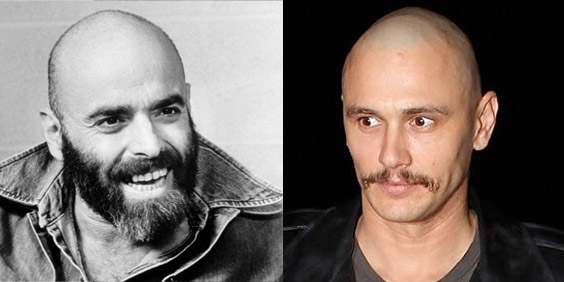 Actor-writer-director-producer-artist-professor James Franco has decided on a fellow absurd multi-hyphenate for his next role. The Disaster Artist star has reportedly signed on to direct and star in a biopic about beloved author Shel Silverstein. While Silverstein is best known for children’s books like The Giving Tree, Where the Sidewalk Ends, and A Light in the Attic, he also wrote for adults (his work appeared in Playboy and other publications) and was a screenwriter and accomplished songwriter, winning two Grammys and earning nominations for an Oscar and a Golden Globe. The yet-untitled film is based on Lisa Rogak’s book A Boy Named Shel. Chris Shafer and Paul Vicknair, writers who have so far worked solely in the screenwriting niche of immediately-forgotten Chris Evans romances (Before We Go, Playing It Cool), are handling the script.