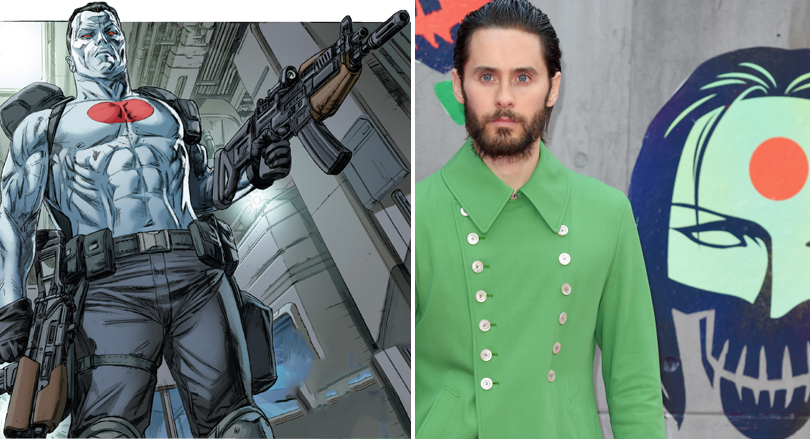 Nobody’s favorite Joker may be returning to the world of superheroes and being slathered in white makeup. Deadline reports that Jared Leto has been offered the title role in Bloodshot, Sony Pictures’ adaptation of the Valiant Entertainment comic book about that guy named Bloodshot.

Looking like Punisher vacuum-sealed in the flag of Japan, Bloodshot was one of the many gun-toting, a little-too-badass characters created in the early ’90s. He’s a killer who has been injected with nanites, granting him superhuman physicality, regeneration, and shapeshifting abilities. His memories erased, our sickly-pale hero takes the bingo marker dot on his pecs and sets out on a Bourne-style mission to learn about his past and shoot some people.

Bloodshot doesn’t yet have a release date on the calendar, but it does already have a sequel and a larger Valiant universe ensemble movie penciled in. So whether or not Leto signs on to star, one thing we can be sure of is that Sony is really misjudging how many people give a shit about Bloodshot.