Today in wildly outdated Batman movie news: Joel Schumacher is sorry about Batman & Robin being horrible, and John Lithgow is sorry he didn’t play Joker in the the original Batman. 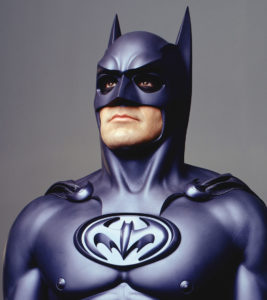 “I want to apologize to every fan that was disappointed because I think I owe them that,” Schumacher told Vice last week in regards to his much-maligned 1997 effort. He went on to give some context and explanations for what he saw as his failings, but as for the film’s protuberant Bat-nipples specifically, he apparently still has no regrets.

Asked about those disgusting rubber mammary ducts, the director explained, “By the time Batman Forever came around, rubber molding had become so much more advanced [than the first film]. So I said, let’s make it anatomical and gave photos of those Greek statues and those incredible anatomical drawings you see in medical books. He did the nipples and when I looked at them, I thought, that’s cool.”

He added, “Maybe I was just naïve, but I’m still glad we did it.”

Sadly, though, not all share such misplaced satisfaction with their Bat-mistakes of yore. 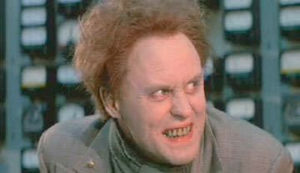 Speaking to Vulture at the recent Tony Awards, John Lithgow divulged that he still regrets not taking the 1989 Joker role that would later be accepted by Jack Nicholson.

“My worst audition was for Tim Burton for Batman,” the actor said. “I have never told anyone this story, but I tried to persuade him I was not right for the part, and I succeeded. I didn’t realize it was such a big deal. About a week later I heard they were going after Robin Williams and Jack Nicholson.

“I was doing M. Butterfly on Broadway and it was an exhausting show. It would have meant leaving that show and going right into a movie, and I said, ‘I just don’t think I can.’ How about that for stupid? Actors are not necessarily smart people.”

Neither Schumacher nor Lithgow had anything to apologize for about Batman Forever, so I guess we’re just pretending that’s fine now.