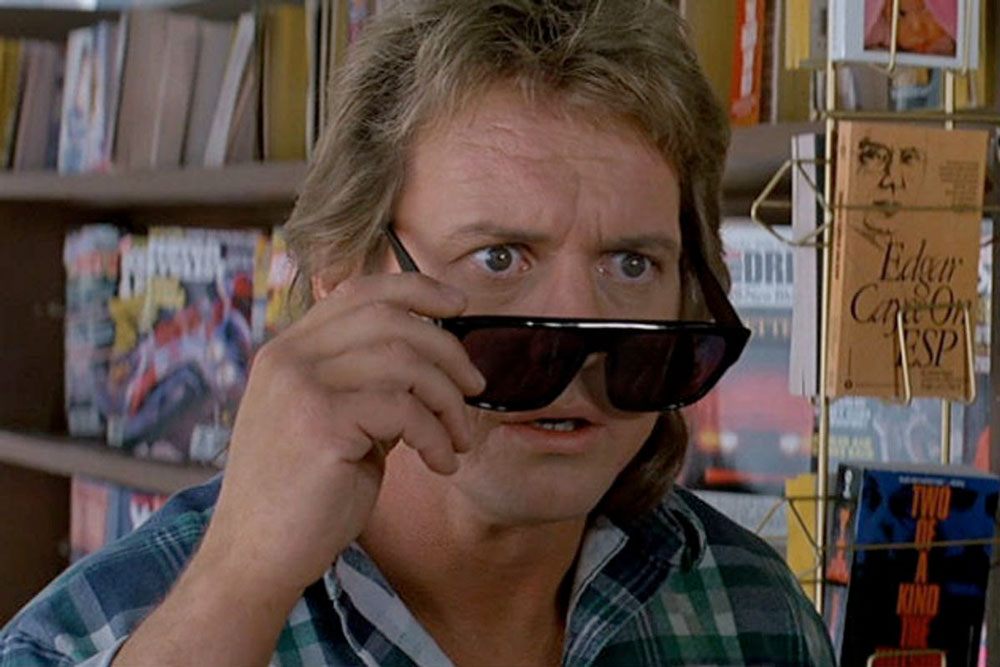 Violent, white-faced, able to blend into the general population while secretly being grotesque monsters—neo-Nazis have always been quite close to being John Carpenter villains. But now, emboldened by today’s wretched political climate, the modern-day Nazi party is taking it to the next level: they have actually become John Carpenter antagonists. On Twitter.

As detailed over at Gizmodo, the root of the conflict stems from Carpenter’s 1988 cult classic They Live. The film, which sees a cabal of disguised aliens clandestinely suppressing and usurping the human race, is apparently quite popular in the anti-semite community. Their interpretation of the film is fairly unsurprising: that it’s about the secret Jewish conspiracy to control the Earth and enslave the “Rowdy” Roddy Aryans.

Were Carpenter, you know, a neo-Nazi, it might be an arguable reading. But it turns out he’s not, and it’s not, and he’s taken to Twitter to clear that up.

“THEY LIVE is about yuppies and unrestrained capitalism. It has nothing to do with Jewish control of the world, which is slander and a lie,” the writer-director wrote earlier this week.

You’d hope that would be the end of it. That we could all get back to kicking ass, chewing gum, and evaluating our gum rations. But, as it turns out, people who live in a paranoid rage over a worldwide conspiracy aren’t always completely cool and rational. Some feel art is not defined by the artist’s intent but by the perception of the deranged audience. So, they’ve flooded Carpenter’s Twitter with memes that must be as popular as They Live once was at wherever on the internet these people dwell. It’s not worth re-posting any of it, but it ranges from They Live-meets-WWII-Jewish-caricature gifs to pieces I’m not even sure I fully comprehend.

Carpenter has not himself responded to the depressingly vocal outcry. He also has yet to address whether Ghosts of Mars refers to the unseen hands of the reptilian Illuminati, but of course it does.