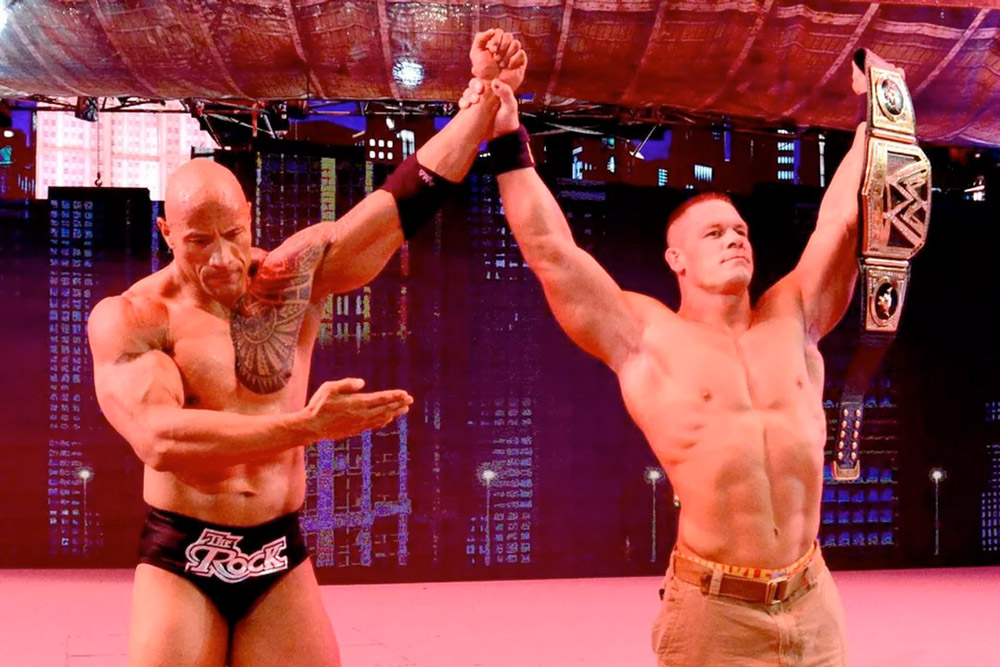 Proving that sometimes any exceedingly affable wrestler-turned-actor will do, John Cena has just taken Dwayne Johnson’s part in The Janson Directive.

Based on one of Bourne franchise author Robert Ludlum’s other, NUMEROUS “The [Arbitrary Name] [Random Noun]” novels, the film focuses on Paul Janson, a former Navy SEAL turned private security consultant who—unsurprisingly akin to Jason Bourne—becomes the target of a thrilling, action-filled conspiracy. The Rock was originally attached to star back in 2014, but thanks to his more recent commitments to projects like a Fast/Furious sequel, a Jumanji sequel, and a San Andreas sequel, he’s reportedly handed the role off to Cena and will now stay on only as producer.

Johnson fans hoping to see him play a military vet turned private security consultant will just have to settle for the other upcoming action-thriller where he’s already playing that.