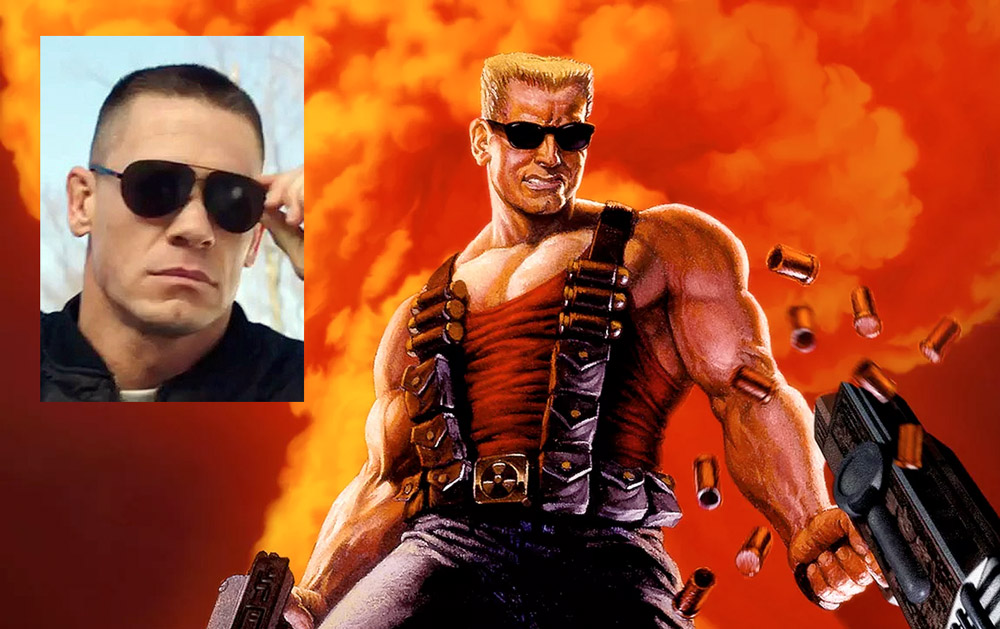 Duke Nukem’s rhetorical question of “who wants some?” has finally been answered. It’s Michael Bay.

According to Variety, Bay’s Platinum Dunes has an adaptation of the Duke Nukem video game series in development at Paramount. Wrestler-turned-actor John Cena, one of the few people in Hollywood to still maintain the musculature and flattop for the part, is said to be in talks to star in the title role.

For those unfamiliar, Duke Nukem is the lead of an video game franchise that sees the eponymous hero shooting his way through alien invaders and occasionally visiting strip clubs. He’s a pastiche of testosterone-fueled action heroes—even dropping ’80s movie quotes as his own—and in today’s landscape of gender politics, he is decidedly not woke. Still, Nukem’s machismo and dated sexism could now actually be prime for satire—Austin Powers by way of Dolph Lundgren, so to speak, as insane as that is to speak. Though, given that the Bay-produced Teenage Mutant Ninja Turtles: Out of the Shadows forced Megan Fox into the midriff-baring schoolgirl outfit popularized 17 years prior by Britney Spears, it’s probably a bit much to count on modern sexual self-awareness here.