When redesigning The Joker for Suicide Squad, Warner Bros. and director David Ayer went with a look that gave the villain willfully edgy hair, on-the-nose tattoos, and a series of trashy, ridiculous, showy ensembles. But, as Justin Bieber has shown us, those elements can come together in variously idiotic ways. And now, thanks to Suicide Squad costume graphic illustrator Tina Charad, we can see a few more of those ways. She’s posted a gallery of unused designs, showing us alternate Jokers like… 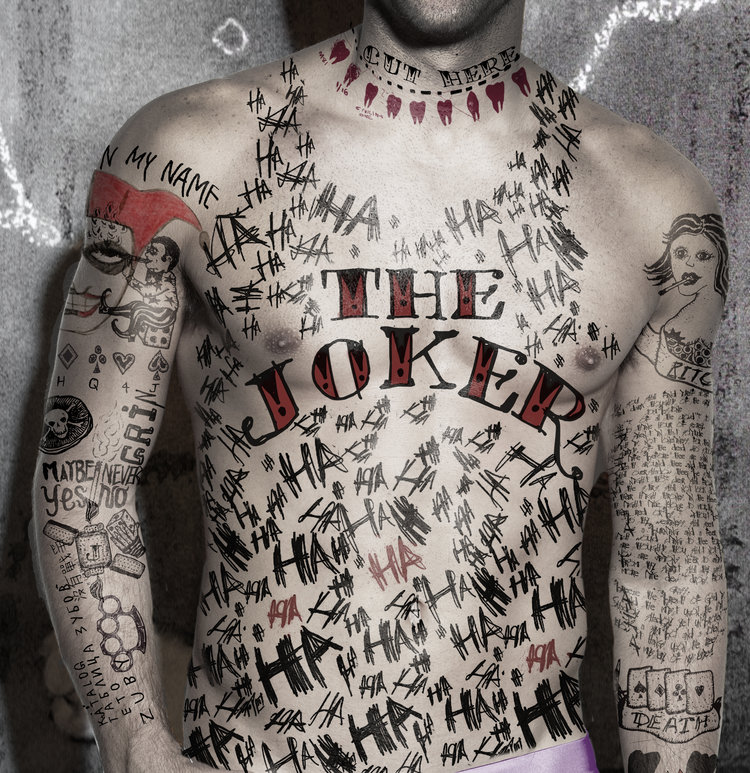 This Joker that could have had these different but equally stupid tattoos. Like the tattoo chronicling his tooth loss, and the tattoo instructing how to mercifully remove Jared Leto’s head from the film. 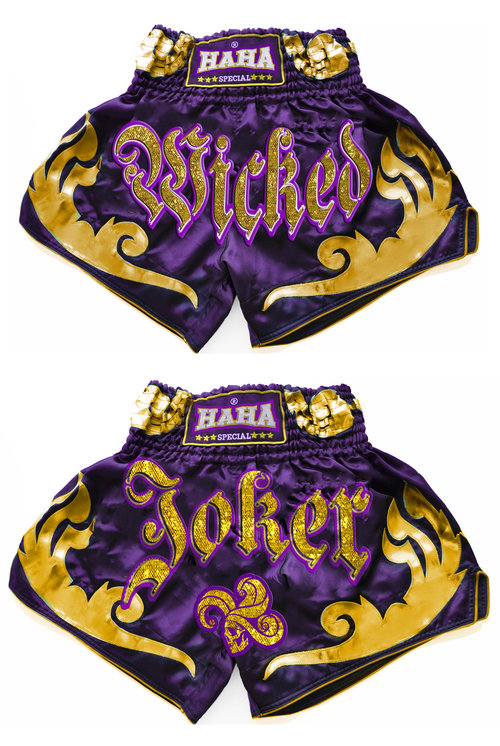 A Joker that could have had someone make him his own special pair of boxing trunks to sleep in. 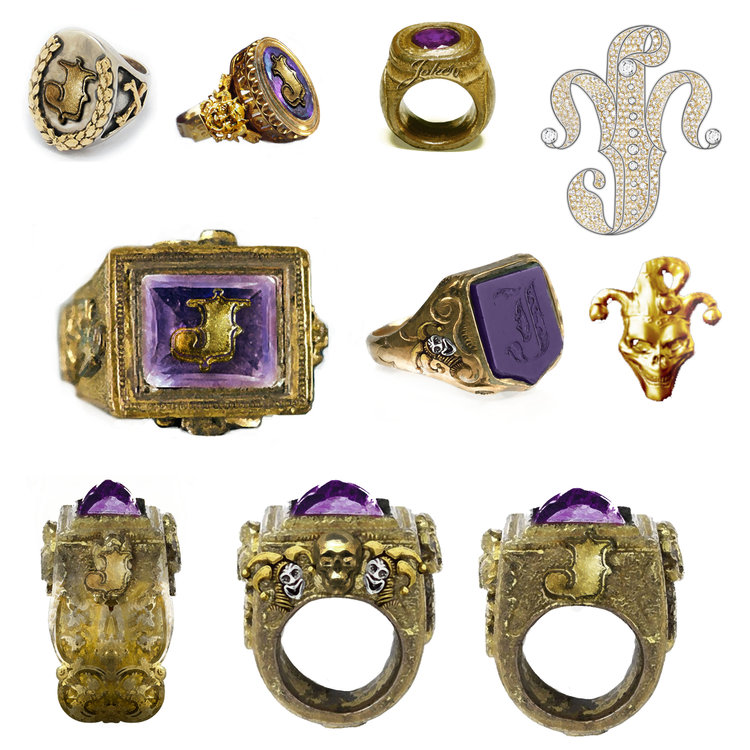 A Joker that could have worn one of these rings, or an Insane Clown Posse brooch.

The Joker that could have stolen a ladies belt from someone named Jacqueline, then pretended it was his own by stamping “Property of The Joker” on it.

The Joker that could have spit on Prince’s grave by borrowing The Artist’s tailcoat and pistol.

Or, I dunno, rhinestones? A translucent shirt? A jaguar? Does a jaguar make sense somehow? Well, whatever.