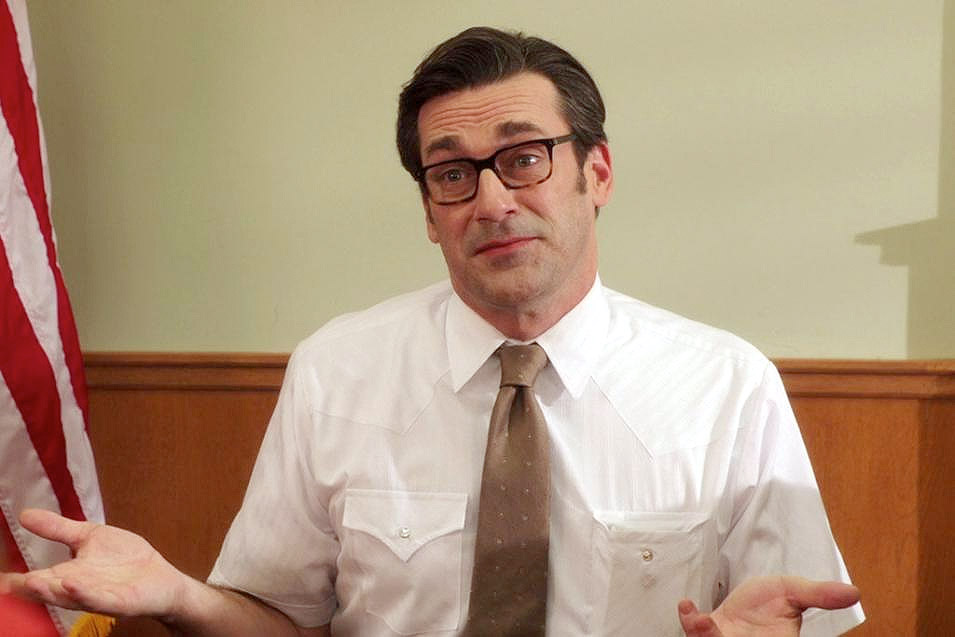 From Mad Men, to 30 Rock, to Wet Hot American Summer: First Day of Camp and Unbreakable Kimmy Schmidt, television is the sandwich that can always benefit from slapping some Hamm in there. And now, Amazon is getting in on that series-oriented Hamm action too, with Jon Hamm reportedly joining the cast of Amazon’s Good Omens.

Based on the bestseller from Neil Gaiman and Terry Pratchett, the six-part series sees the Rapture approaching, and an angel of Heaven and demon of Hell trying to stop it for purely selfish reasons. Hamm will be playing the archangel Gabriel, who didn’t have much of a role in the novel but has since been expanded by Gaiman in his writing the miniseries. Explaining this blessing of an even larger than tabloid-advertised Hamm part, Gaiman said:

Once we had finished writing Good Omens, back in the dawn of prehistory, Terry Pratchett and I started plotting a sequel. There would have been a lot of angels in the sequel. When Good Omens was first published and was snapped up for the first time by Hollywood, Terry and I took joy in introducing our angels into the plot of a movie that was never made. So when, almost thirty years later, I started writing Good Omens for TV, one thing I knew was that our angels would have to be in there.

The leader of these angels is Gabriel. He is everything that Aziraphale isn’t: he’s tall, good-looking, charismatic and impeccably dressed. We were fortunate that Jon Hamm was available, given that he is already all of these things without even having to act. We were even more fortunate that he’s a fan of the books and a remarkable actor.

Turns out, Hamm is also a fan of the book, saying, “I read Good Omens almost twenty years ago. I thought it was one of the funniest, coolest books I’d ever read. It was also, obviously, unfilmable. Two months ago Neil sent me the scripts, and I knew I had to be in it.”

We’ll see Hamm in Good Omens on Amazon (to be followed by a BBC Two run) in 2019. We’ll see him in literally every other series not soon enough.