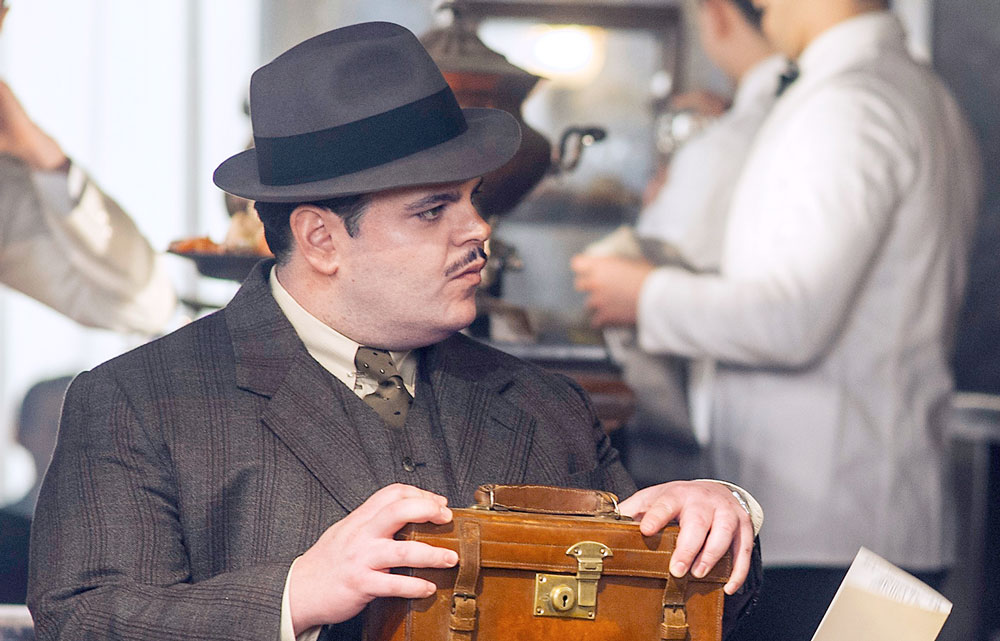 It’s the blessing and curse of being the most in-demand, white, portly actor at any given moment: if a Batman movie is being made, there’s going to be talk of you playing Penguin. Just as the conveniently-shorn Mark Strong and Bryan Cranston were once rumored for Lex Luthor, the late, stocky Philip Seymour Hoffman was once, popularly, the most likely Penguin. Now, with Josh Gad now stuffing his rotund little frame into every other film being made, he’s become the go-to, obvious name loosely attached to the avian villain. But that’s also because he keeps encouraging the talk.

Earlier this month, Gad tweeted, without comment, a comic book panel unmistakably featuring the Penguin. He later clarified that he was “Just having some fun. Just putting some things out there.” Like Tyrese’s Green Lantern photo-edits, this was apparently just meant to point out that, hey, he’s up for it, and he roughly looks the part.

But then, last night, Gad coyly posted this:

Nothing to see here… pic.twitter.com/3wIc1Fj4Wr

Unfortunately, with the actor not yet commenting further on the matter, for now this is all just insinuations and conjecture. And, of course, another photo for our Gad Scrapbook. Yessss.