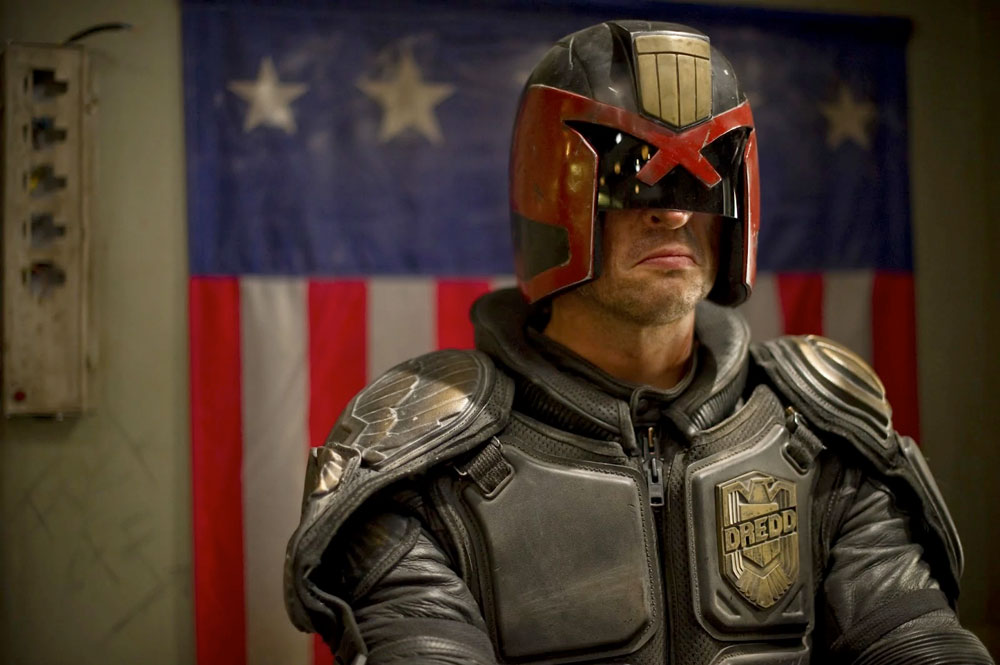 Though Dredd was widely ignored upon its release (it grossed well below half of its abysmal flop of a predecessor, Judge Dredd, and that’s in ’95 dollars), the film has since managed to gain a significant cult following. A crowd has gathered beneath the severe overhangs of Karl Urban’s pouty little frown. They demand a sequel, and, at last, they’re getting their wish. But not really.

Tang Media Partners have just announced that they’ve partnered with UK game developer and publisher Rebellion for a live-action Judge Dredd series. Titled Judge Dredd: Mega City One, the serial will reportedly follow “futuristic cops invested with the power to be judge, jury, and executioner – as they encounter the myriad challenges of a world in which east-coast cities have merged into a giant megalopolis.” Notably, though, none of the 2012 Dredd‘s talent is confirmed for involvement. We’ll have to wait and see whether this is an all-new take on a helmeted man looking like he won’t let mommy change his poopy pants.