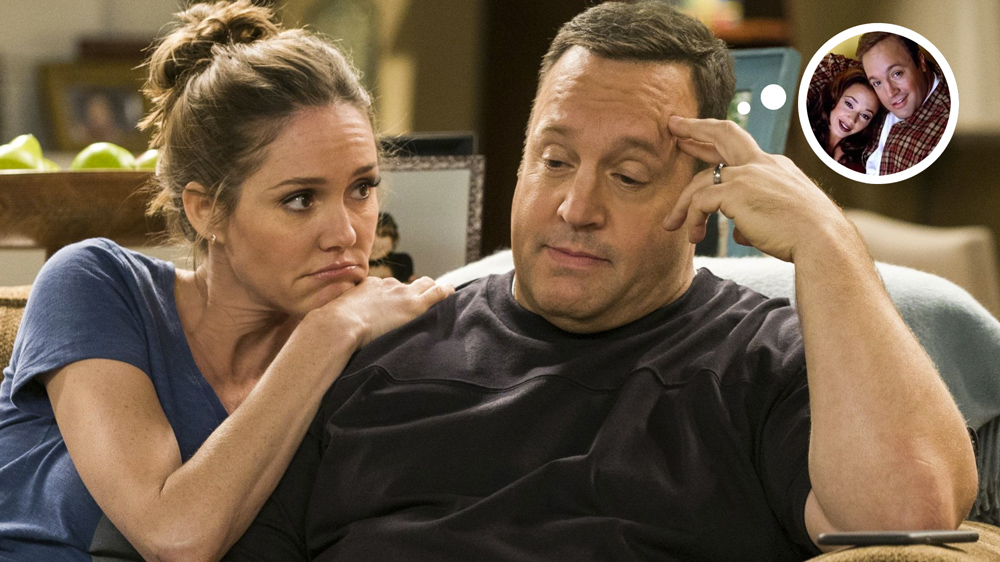 Like a Jay Leno freed from Scientology, Leah Remini is making her ignoble return to the Tonight Show that is feigning attraction for Kevin James. But first, Erinn Hayes is going to have to die.

CBS yesterday announced a big casting shakeup in Kevin Can Wait, the apparently still-running sitcom we all just assume is very similar to King of Queens. As it turns out, it’s now going to be even more assumedly like King of Queens, as Remini, James’s longtime co-star, will be returning to the role of Woman Who Tolerates This Oaf’s Bullshit. Erinn Hayes, the actress who filled that thankless part last season, has already been let go. The network claims her character will be “tastefully” killed off—though they caution that they may not be able to wring any chuckles out of a woman’s untimely death.

“I’m not sure we can make that hilarious,” said CBS entertainment president Kelly Kahl. “It will be something that will have taken place in the past.”

So weep not for the widower James. Though his wife is gone from the Earthly multi-camera realm, he’s mourned long enough that he can now take solace in knowing that at least she may find peace up in Kevin, her soul flying among the Jamesgels. It’s time for him to look ahead, to the future, which looks exactly like his past.